This website tells you if you have a drinking problem

Working in drinks-focused industries can put you at risk of alcoholism, but a new website launched by US health officials claims to be able to tell users if they have a drinking problem, and how to get help. 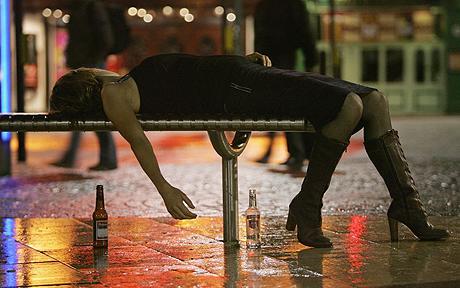 The US’ National Institute on Alcohol Abuse and Alcoholism (NIAAA) — which is run by the National Institute of Health (NIH) — recently launched a new online tool which can help assess whether you need to seek help for alcohol addiction, and which type of treatment is right for you.

Users are invited to take a short survey which determines their level of use or misuse.

The questions list symptoms of the drinking disorder. The more symptoms a user exhibits, the more urgent their need for change, according to the website.

The survey asks users questions such as whether they have spent a lot of their time drinking, “Or being sick or getting over the aftereffects”, and if they “continued to drink even though it was making you feel depressed or anxious or adding to another health problem.”

“We now know that there’s a full spectrum in alcohol use disorder,” George Koob, the director of the NIAAA told NPR.

“A lot of people struggling with alcohol problems do not know where to turn. 90% of adults in the U.S. with an alcohol use disorder don’t get any treatment whatsoever.”

The number of problem drinkers in the US rose to “alarming” levels in recent years, according to a study published in Jama Psychiatry.

Hospitality workers are particularly vulnerable to alcoholism. A study published in 2013 by the US National Library of Medicine found that restaurant workers have higher rates of problem drinking than most other occupational groups, but added that “little is known about the environmental risks and work characteristics that may lead to these behaviours.”

Research suggests that most people with an alcohol problem can benefit from treatment. According to the NIH, about one-third of people who get treatment for an alcohol use disorder are better one year after treatment.