Proving that real men drink pink, American rocker Jon Bon Jovi is the latest celebrity to release a wine – and a ‘premium’ Languedoc rosé no less.

Called ‘Diving into Hampton Water’, the pink is the fruit of a collaboration between Bon Jovi, his son Jesse and Languedoc pioneer Gerard Bertrand.

A blend of Grenache, Cinsault and Mourvèdre, the wine takes its name from the lazy summer days Jon and Jessie have enjoyed together during holidays in the Hamptons. 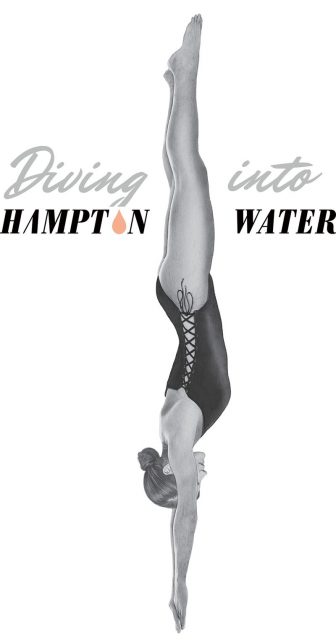 According to Bertrand, who hosts an annual jazz festival at his Château l’Hospitalet estate in Narbonne, the rosé is “fresh and lively with distinctive minerality”.

Bon Jovi initially wanted to call it “pink juice” but was persuaded by his son to named it “Hampton water” instead.

Keen to make a wine that encapsulates the laid-back lifestyle of the Hamptons, Jon and Jesse tried rosés from all over the world before settling on southern France as the home for their blend.

“When we visited Gérard we realised that there is an entire coastline in France that is producing some of the best-kept secrets on earth,” said Jesse Bongiovi.

The pair were introduced to Bertrand by a mutual friend and hit it off immediately. “We found that we shared a love of family, food, friends, great wine and great music,” Bon Jovi said.

“Creating this wine with Gérard was just as creative as collaborating with another songwriter. Gérard uses his talents and wine knowledge like a gifted musician,” he added.

Bertrand believes the connection between wine and music “is organic”. “I want to create a link between the emotions that spark off a great song and good wine. They elevate each other,” he said.

Diving into Hampton Water is due to be released in the US this spring priced at $25 per bottle.