Scotch brand John Crabbie, which is today known for its alcoholic ginger beer and ginger wine, is to produce whisky again after a 40-year hiatus. 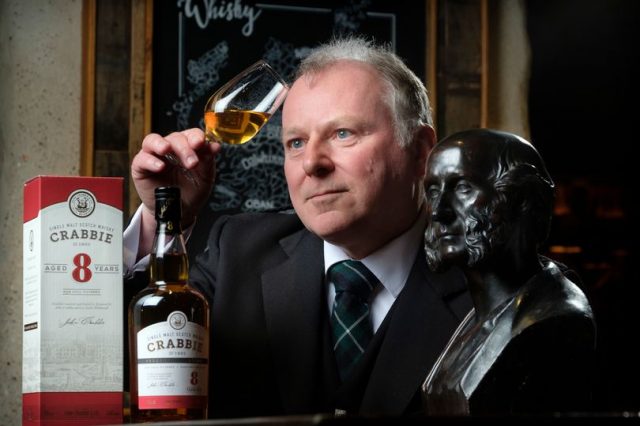 John Crabbie Whisky is returning to the Scotch market next month with the launch of two limited releases: Crabbie 8 Year Old and Crabbie 30 Year Old.

The brand, which has not graced the shelves since the 1970s, has in recent years been more associated with flavoured alcoholic ginger beer and green ginger wine.

The company is currently sourcing it’s base spirit from other Scotch whisky producers, but has submitted a planning application for a distillery located in the Granton area of Edinburgh. The distillery will have the ability to produce 165,000 litres of spirit annually, and it is expected that the brand will also make its first foray into gin production.

According to the brand, the move back to Edinburgh represents “the first steps towards the return of continuous single malt distilling in the capital after almost 100 years’ absence”.

Crabbie can trace its origins back to 1801 when it was established by its eponymous owner, John Crabbie, in the port of Leith in the outskirts of Edinburgh.

He is credited with the creation of the famous Scotch cocktail ‘Whisky Mac’ – a blend of whisky and ginger wine – after records show that he sold his first ginger wine and Crabbie whisky to ‘MacDonald of Glenalbyn’.

Crabbie had distilleries in Leith and Haddington and was also responsible for sourcing single malt to be used in blended whiskies around the country.

David Brown, managing director of John Crabbie & Co, said: “From the middle of the 19th century, John Crabbie procured stocks of the best single malt whisky from Scotland’s finest distilleries and, working with the likes of Andrew Usher, became known as a true whisky pioneer.

“With the launch of the new John Crabbie Whisky collection we are honouring his legacy and ensuring his impact on single malts will be felt, and tasted, for years to come.”

“For many years John Crabbie led the industry with his 8 year old blend. We thought it fitting that the first release of this new era should be a limited edition 8 year old, brought up to date as a single malt”.