De Villaine: ‘2015 is the most remarkable vintage of my career’

Aubert de Villaine, co-owner of Domaine de la Romanée-Conti has said the 2015 vintage ranks as perhaps the most remarkable of his half a century long career. 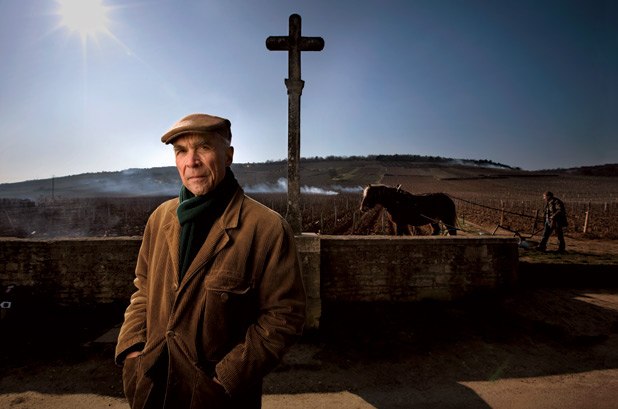 Speaking to the drinks business at the annual tasting of the latest vintage at the domaine’s agent in the UK (Corney & Barrow), de Villaine said he had never seen a season where the vineyards stayed in such perfect health and where the resulting wines displayed the combination of concentration and freshness evident in the 2015s. *

He said: “I have never seen a season where the vineyards were so beautiful from beginning to end.

“Normally in a season of high maturity – such as this one – they look tired but in 2015 they were fresh and still green when we picked.”

The wines themselves, he continued, had a “serenity and peacefulness” about them that was a “reflection of the well-being of the vineyards.”

“For me 2015 is out of the ordinary in quality. I’ve done over 50 vintages now [whether it was 51 or 52 he couldn’t quite recall] but it’s the most remarkable of my career.

“They have fruit, structure, sensuality; this combination is very rare.”

The growing season in 2015 was marked by hot and dry conditions. In this respect the fact that the vineyards stayed so fresh throughout the year is all the more remarkable but there was a good reservoir of water following heavy rains in the early months of the year followed up by rain at just the right time during the spring and summer (“In 2015 we always had rain at the right moment,” said de Villaine) to ward off vine stress.

Flowering was excellent and millerandage virtually non-existant although there were some battles with oidium (downy mildew) in the spring.

De Villaine continued that the vinification was “interesting” because the high sugar levels meant the wines took a very long time to ferment.

Despite this, the wines show little sign of ‘heaviness’, their very pure, bracingly fresh core belying their considerable concentration – and de Villaine said he considered they had more body even than the 2009s.

As the wines were so rich, he added that the domaine had taken the comparatively rare step of using 100% whole bunch – a measure only resorted to in recent years in 2005 and 2009.

Domaine de la Romanée-Conti has long been an advocate of not de-stemming although a portion always is as maturity has to be high and ripening even to ensure the stems don’t transmit to stalky a character to the wines – and conditions in 2015 proved to be ideal.

Furthermore, having hailed the “classic” 2014 vintage as ‘terroir-driven’, de Villaine seemed satisfied that the richness of the 2015s did not detract from their sense of place which can be a feature of riper years.

‘The wines speak with such purity and transparency,” de Villaine went on. “The vintage is strong but not so strong that it hides the personalities of the wines.”

Their structure and tannins leave no doubt that the 2015s have what it takes to last a long time but their youthful suppleness and approachability led de Villaine to say it would, “not at all be a crime to drink this ‘youth’ now,” – a suggestive plea, perhaps, that these wines be drunk rather than spend their lives traded around the auction circuit.

Whatever the wines may be, of course, the chief problem with Domaine de la Romanée-Conti and increasingly Burgundy in general is the getting of them and the price.

The 2015 growing season may have been miraculously perfect but the small, concentrated berries in fact has led to the vintage producing smaller quantities than even 2014, which was “tricky” in many ways.

The yields in fact for every one of the domaine’s grand cru holdings were smaller in 2015 than they were in 2014 and the effect is seen in the number of cases produced.

The smaller [but technically superior] harvest has brought with it a rise in prices that range between 17-31% as can be seen below.

The rises are in-line with the sort of price increases that other top Burgundian estates added for their 2015 releases but with a series of small (but excellent) vintages now under its belt and with 2016’s production also projected to be tiny (quantities of Échézeaux and Grands Échézeaux are apparently minute) expect no let up in either demand for these wines or their prices in the immediate future.

*Although the tastings during Burgundy Week this year were for the 2016 vintage, Domaine de la Romanée-Conti is always one vintage behind, hence why the 2015s were being shown.