Opossum devours bottle of Bourbon after breaking into liquor store

A drunken opossum went overboard at Thanksgiving this year after it was found the morning after at a Cash’s liquor store in Florida beside a broken and empty bottle of Bourbon. 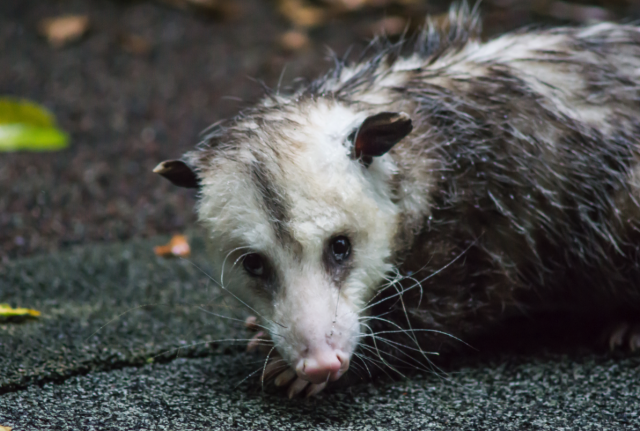 The merry marsupial was taken in by the Emerald Coast Wildlife Refuge after a call from the Fort Walton Beach Police Department on 24 November.

It is thought that it had sneaked into the store on the morning after Thanksgiving and broke a bottle of Bourbon, before helping itself to the contents.

Michelle Pettis, a wildlife health technician at the Refuge, spoke to NWF Daily News and explained what had happened: “A worker there found the opossum up on a shelf next to a cracked open bottle of liquor with nothing in it.”

“Assuming the opossum drank it all, he brought her to us, and we looked over her and she definitely wasn’t fully acting normal”.

Pettis said that the female opossum was exhibiting unusual behaviour, was excessively salivating, and appeared pale and disoriented. As such, the animal was treated for alcohol poisoning and was given fluids.

Pettis added: “We loaded her up with fluids to help flush out any alcohol toxins. She was good a couple of days later and was released Thursday night”. She added that the opossum did not appear to have a hangover.

In a Facebook post on 1 December announcing the news, the Emerald Coast Wildlife Refuge wrote: “On the first day of Christmas, my true love gave to me: a drunk opossum in a box!”

“This sly, and currently slurred, opossum snuck its way into a liquor store and discovered some holiday cheer of its own. A police officer brought the animal to us for medical treatment and [it] is expected to be released soon”.

The owner of the shop, Cash Moore, describing the experience as “pretty unusual,” told NWF Daily News that: “She came in from the outside and was up in the rafters, and when she came through she knocked a bottle of liquor off the shelf. When she got down on the floor she drank the whole damn bottle”.

This is not the first animal-related booze shop break-in to take place this year. In June, it was reported that a rampaging, rogue peacock had taken refuge in a liquor store in Los Angeles, destroying US$500 worth of wine and spirits in the process.

N.B: Opossum refers to the marsupial native to North America which has a white face, a grey-white body with black ears and feet. These differ from ‘possums’ of which there are around 70 species native to Australia, New Guinea and Sulawesi.