Most expensive dram of Scotch ever sold is a fake

The most expensive dram of Scotch whisky ever sold has turned out to be a fake, after a sample from the supposed ’19th century’ bottle was put through thorough analysis in the UK. 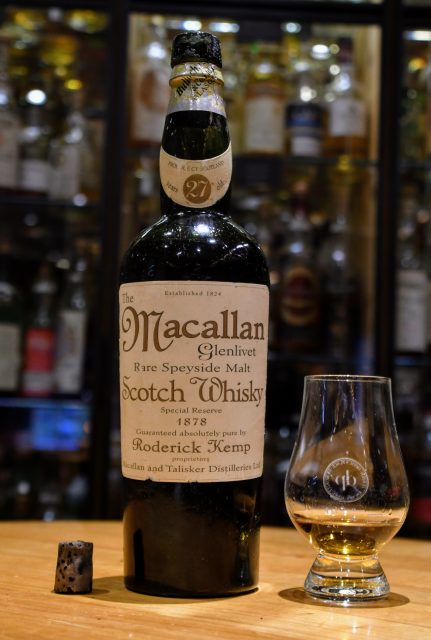 This story alone made headlines but Scotch experts and enthusiasts quickly smelt a rat when pictures of the bottle circulated, with many raising doubts as to its authenticity.

The Waldhaus am See’s manager Sandro Bernasconi, and Scotch whisky consultancy firm Rare Whisky 101 carried out a number of scientific and forensic tests on the bottle and its liquid and have concluded it is indeed a fake.

A sample sent to the University of Oxford’s Research Laboratory for Archaeology and The History of Art suggested, with a 95% probability, that the liquid had been made between 1970 to 1972, while further tests carried out by Tatlock and Thomson showed the spirit was likely a blend of 60% malt and 40% grain whisky.

RW101 co-founder, David Robertson, commented: “The Waldhaus team have done exactly the right thing by trying to authenticate this whisky. Over the past year, we have been invited by numerous bottle owners and auction houses to assess suspicious bottles. Indeed, we’ve noticed an increasing number of old, rare archive or antique bottles coming to market at auction, and it’s difficult to know how prevalent this problem is.

“We would implore that others in the market do what they can to identify any rogue bottles. The more intelligence we can provide, the greater the chance we have to defeat the fakers and fraudsters who seek to dupe the unsuspecting rare whisky consumer. We’re also working closely with The Macallan brand owner, Edrington, as they start to take a leadership position on fake whisky.”

Bernasconi added: “When it comes to selling our customers some of the world’s rarest and oldest whiskies, we felt it was our duty to ensure that our stock is 100% authentic and the real deal. That’s why we called in RW101. The result has been a big shock to the system, and we are delighted to have repaid our customer in full as a gesture of goodwill.”

As reported on Scotchwhisky.com at the time, a number of whisky experts and enthusiasts pointed out that the bottle is very likely from a run of infamous knock-offs that were produced in Italy some years ago as the Scotch mania began to gather momentum.

A number of remarkably similar bottles were scooped up by The Macallan itself in the early 2000s to bolster its old library stock but subsequent tests revealed the whiskies to be fake with the spirit inside probably no older than 10 years or so.

The possible provenance of the bottle was brought up on one site called Whiskyfun, run by the experienced collector Serge Valentin.

Among the notable ‘tells’ that the bottle might not be all it claims to be is the condition of the label which is too new for such a rarity (fake fine wines often have too-pristine labels as well) and the cork doesn’t look like one that has actually spent over 100 years in a bottle neck.

Another crucial detail is that the label claims that the Speyside malt is guaranteed by “Roderick Kemp, proprietor, Macallan and Talisker Distilleries Ltd.”

Kemp was a giant of the Scotch distilling industry in the mid to late 19th century and owned both The Macallan and Talisker but, importantly, never at the same time.

As Robertson concluded in a statement: “As with any purchase, we would recommend that each buyer does their research, assesses the bottle and its packaging presentation, and where they can afford to do so, send some of the liquid for technical evaluation and/or carbon dating. If you do have a pre-1900’s bottle we suggest it’s worth extracting a sample to prove if it is genuine or not (most likely not).”