Calling the gap between over processed technological wines and extreme natural wine in today’s wine world as “big” and “stupid”, Peter Sisseck of Pingus wants winemakers everywhere to bridge the divide and concentrate on making wines with, “great respect for tradition, great respect for origin, and great respect for knowledge”. 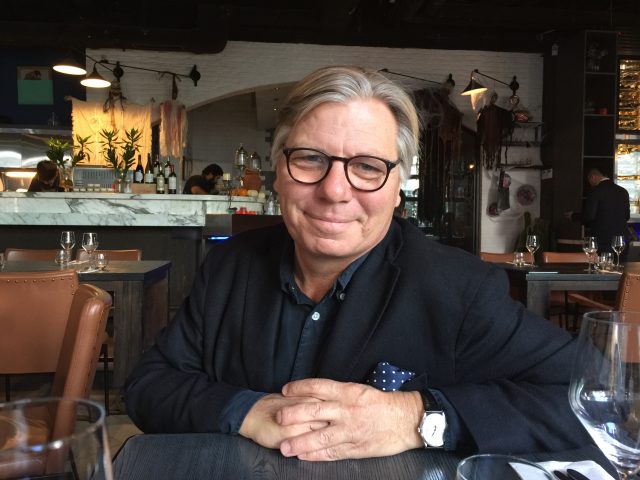 Speaking to dbHK during his whirlwind trip to Hong Kong for the Great Wines of the World event, Sisseck said he was impressed by Asia’s eagerness to learn about a wider range of wines, something that contrasts drastically with what he had witnessed during his first trip to Asia in 1998.

“There’s real eagerness to understand wines. In Europe you have less of that, wine is – unless it’s natural wine – seen as a bit of ‘grandfather thing’. But compared with that, here you see the fresh energy and people who show real interest,” he commented.

Making Pingus, Flor de Pingus, and Psi in La Horra using biodymanic methods, Sisseck, a self-described naturalist, still has a hard time wrapping his head around today’s natural wine movement. Although it has taken a hold on a younger generation of winemakers and drinkers in Europe, it is a trend that has yet to catch up in places like mainland China or Hong Kong, to which Sisseck exclaimed, “thank goodness”.

Commenting on those natural winemakers’ with an extreme non-interventionist approach, the winemaker commented: “I think if you do nothing to a wine, eventually it’s not something good that comes out of it. If you don’t do anything to it, it wouldn’t turn into wine, but vinegar. The truth of it is a lot of things can go wrong, and it’s not necessarily healthy not doing anything.

“Not doing anything in itself is a negative thing. You know biodynamic is called this because it’s bio and dynamic. Be active and dynamic. You shouldn’t fear doing things,” he continued.

The key for winemakers, he went on, is to have deep understanding and knowledge of winemaking and terroir in order to either help or not to intervene when necessary. He stressed: “What I see in the wine world today is the biggest, stupidest gap that you have: the universal knowledge of wine, the academic, then you have on the other side, the …the more…for lack of better words, the natural wine movement, where it’s often with a lot passion but not with a lot of knowledge. And so the gap between the two things are just too deep. There’s a lot of talk on both sides on who is doing what. I’d like to bridge that gap, and work in a very natural but academic way.”

In regard to some clear faults such as oxidation and volatility seen in some extreme examples of natural wines, Sisseck disputed, saying “all the concept that faults are natural and expressions of terroir, it’s not right. It’s man who makes faulty wine. It’s not nature.”

Commenting on the haziness seen in some natural wines, he dismissed it as simply “sloppy winemaking”.

“The thing is if you leave a wine, the natural process is that it will clear itself. If you are careful and you draw the clear wine, it’s called racking. The fact it’s hazy is not a quality of wine, it’s just sloppy winemaking. So a hazy wine is supposed to be good? I don’t believe that,” he retorted.

In the meantime, the winemaker also criticised what he calls ‘coco-cola wines’, meaning wines that are overly processed and massively produced. Admittedly, the technical wines are “correct” as they follow strict guidelines, but he believes there’s a big problem of explanation problem for consumers to differentiate these wines from terroir-driven wines.

“Sometimes we feel trapped in the middle with the natural wine and the technological wines. But in the middle, you have a very big quantity, perhaps the biggest quantity, of interesting wines, of what I would call real wines, wines that with great respect for tradition, and great respect of origin, great respect of knowledge that is the art of making wine. That should not be forgotten,” he stated.

Europe was hit hard by frost and drought this year and after a generous 2016 vintage Sisseck said his 2017 vintage suffered a nearly 60% production loss.

The frost created a logistic challenge for his PSI wine, made from grapes sourced from different local farmers spread out in Ribera del Duero, in particular Sisseck confessed but he looks at it stoically.

Pingus’ wines are available in Hong Kong and Macau through its local importer Corney & Barrow.