Heavily-hopped beers may be on the way out as farmers continue to raise the cost of their crops, according to Sharp’s beer sommelier Ed Hughes. 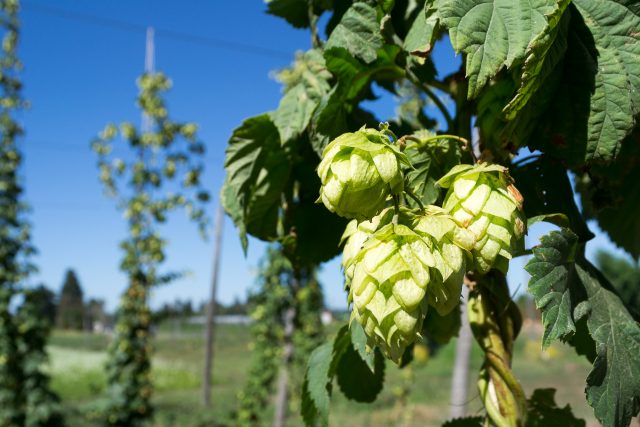 “The beer industry has been too hop-centric for several years,” Hughes told the drinks business.

“What we’re starting to see now is more brewers experimenting with traditional flavourings like malted barley.”

Hops have dominated the craft brewing for nearly a decade, but a combination of high demand and new agricultural advances could mean that the crop’s reign is coming to an end.

A new study published this week in the Journal of the American Society of Brewing Chemists has found even more notable differences in the taste of beers malted from barley varieties than previously thought.

The researchers, led by Oregon State University, said the findings are an important first step toward a potential new market for beer connoisseurs.

Pat Hayes, one of the experts leading the study, told Eurekalert: “We started this project with a question: Are there are novel flavours in barley that carry through malting and brewing and into beer? This is a revolutionary idea in the brewing world. We found that the answer is yes,”

The news comes as hop farmers continue to raise the premium on their bittering crops as the craft beer industry continues to grow worldwide.

Hops are commonly imported from the US, where prices for the popular Cascade variety have soared by up to 60% in the past year, according to James Cuthbertson, director of Sussex-based craft brewery Dark Star.

Sharp’s sommelier Hughes likened the popularity of the ingredient to “overfishing.”

“When I was a kid, monkfish was a sort of throwaway fish,” he said. “You could buy it very cheaply, but since it became popular the prices have been driven up, and that’s the same with hops.”

Diversification will be one of the key beer trends of 2018, according to Hughes, who added that he believes other drinks such as barley wine are also about to see a surge in popularity.

“What we’re seeing across the board that the beers being produced are far more balanced than previous years,” Hughes said.

“I wouldn’t think it’s fair to call heavily-hopped beers a fad,” he added, “but we’re definitely seeing brewers experimenting more with malt, which will be a big win for the UK in particular.”