Alberto Tasca d’Almerita, the man who sits atop a sprawling wine empire Tasca D’Almerita in Sicily, is adamant that the island’s extensive repertoire of indigenous grapes and its affinity with sustainability are going to change the face of the island’s winemaking in the future.

With five estates spread out across Sicily*, the seventh-generation vintner of this noble Italian family is leading a few projects in Sicily including the Istituto del Vino Italiano di Qulita, Grandi Marchi to promote Italian varieties domestically and abroad, and his SOStain project, focusing on sustainable viticulture and the impact on the local environment.

Using his biggest estate, Regaleali, as his base, Alberto is working with different universities to experiment with 45 ‘abandoned’ indigenous Italian grapes, which he believes are capable of making less bombastic and more elegant wines.

“It seems that they were abandoned. The agriculture in Sicily was generous, so people were producing big and powerful wines,” he commented while referring to Sicily’s long bulk wine producing history. The Mediterranean island used to supply bulk wines to most European countries. Even today, it bottles less than 20% of what it makes, according to Tim Atkin MW.

Going into the 1980s, bottled wine production in Sicily started to take off, and grape varieties selected were used to make Alberto calls, “big, full bodied, highly structured wine that everybody was looking for”, hence why these local varieties were overlooked.

“What we started to do in 2001 is to start looking for different sites in Sicily with different soils, microclimates and different conditions, with many indigenous grape varieties. That’s the biggest revolution of Sicily that you will see in the next 15 to 20 years,” he stated.

His Regaleali estate with 400 hectares of vineyards is known for its Regaleali Bianco, a blend of three indigenous Italian white grapes –  Gracanico, Inzolia, Catarratto and Chardonnay, an international white variety that Alberto claimed was brought to Sicily by his father, along with Cabernet Sauvignon.

Speaking of his sustainability project SOStain, Alberto says he is meticulous in measuring everything, even down to a tractor’s impact on a vineyard’s soil to get a better understanding of human impact on the local environment. 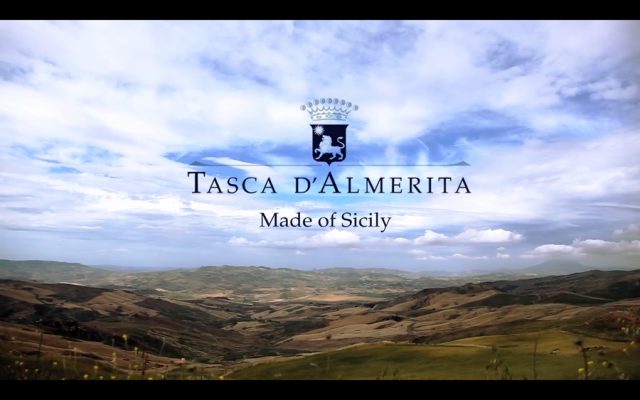 “We are always thinking we are borrowing the land from the next generation. We can’t destroy it. I think these approaches are so nice, but 10 years ago, when I started this, it was good but I saw there was a lot of confusion,” he said. “I think being natural and respecting nature, doesn’t just need a philosophical approach but it needs a scientific approach as well.

“It needs numbers to let you know how you are doing, and how you are performing in terms of your impact on nature. Respecting nature is not just about having good soil, but the whole ecosystem. The best you can do with knowledge.”

In addition to Regaleali, the vintner started a project in Mount Etna in 2007 with his Tascante estate, which focuses on Nerello Mascalese from 21 hectares of vineyards. In Capofaro, he directs his singular focus on Malvasia, while in Sallier de la Tour, a high-altitude estate that sits 400 metres above sea level, is particularly renowned for its Syrah. In Mozia Fondazione Whitaker, he produces a refreshing Grillo from 21 hectares of vineyards.

His Tascante wine is available in Hong Kong through Watson’s Wine, and his Sallier de la Tour range is sold through Kerry Wines.