Thieves have stolen 700 kilos of Pinot Noir and Chasselas grapes from the Weingut Hämmerli Ins vineyard in Switzerland, brazenly cutting through nets and plucking grapes from the roadside. 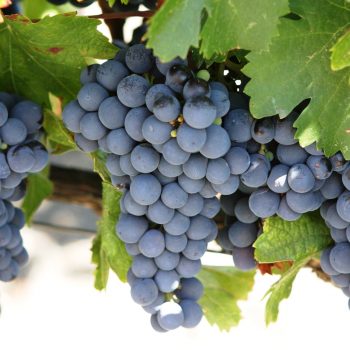 According to The Local, the theft was carried out at the end of September, with thieves making off with 300 kilos of Pinot Noir and 400 kilos of Chasselas.

Winegrower Lorenz Hämmerli said the protective nets covering the vines had been cut at the side, with the thieves picking the grapes from the roadside.

It is the first time that a grape theft has been reported in the region of lake Biel, according to Bern cantonal police.

It follows a theft if around seven tonnes of grapes from vineyards in Bordeaux mid-harvest, which disappeared from a vineyard in Génissac near the Saint Émilion region. A further 600-700 kilograms of grapes were stolen from a vineyard in Pomerol, with thieves going so far as to uproot 500 vines completely from a vineyard in nearby Montagne. A fourth grape robbery took place in Lalande-de-Pomerol, according to local press.

Thefts such as these are a double blow for producers in Europe who are already suffering one of the lowest yielding harvests in the country’s history.

Extreme weather, including heavy hailstorms, hard frosts and drought, has pushed the EU wine grape harvest to an historic low in 2017, with the EU Commission stating in October that “most of the wine-growing regions in Europe are expecting a very low harvest in 2017”.

In Switzerland, vintners have battled frost and hail, like much of Europe, reducing this year’s harvest significantly.

In Burgundy, winemakers have taken extreme measures to prevent the theft of grapes and vines, deploying security to patrol vineyards at night to lookout for suspicious vehicles, as reported by The Local.

Police have also been on horseback patrol in the Champagne region during this year’s harvest in order to deter thieves.