Pickering’s Gin, based in Edinburgh, has unveiled ambitious commercial plans to quadruple its turnover to £4 million as it announces the production of one million gin-filled festive baubles for Christmas. 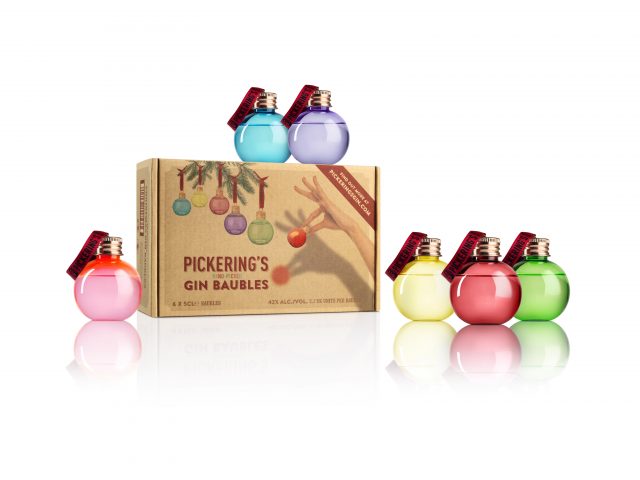 Last year, the Scottish distillery produced 30,000 gin-filled Christmas baubles which reportedly sold out online in one minute and 22 seconds. This year, bauble production started back in January with the company reporting that staff are filling 20,000 baubles a day to fulfil orders.

The increased production, the company has said, means that it is on track to increase its turnover four-fold, from £1 million to £4 million, in this current financial year.

As a result of the bauble boom, the distillery has almost quadrupled its workforce, scaling up from nine to 15 full-time staff and hiring an additional 19 part-time ‘elves’.

Pickering’s has also reported “growing demand” for its gin in markets such as Australia, New Zealand, USA and Asia. Its gin is sold by over 200 retailers in the UK, Denmark and the Netherlands.

In July, the company unveiled a pre-order option for those on its #Ginfriends mailing list and has reportedly sold 10% of its stock already.

The baubles, which are sold in a pack of six and retail for £30, consist of coloured, plastic 5cl baubles filled with gin. The company has revealed that the design has now been fully patented.

Regarding sales this year, after pre-orders, the bauble sale went live on 4 October. A spokesman for Pickering’s told the drinks business that “it has been publicly acknowledged that a number of third party retailers sold out [this year] after only 24 hours”. 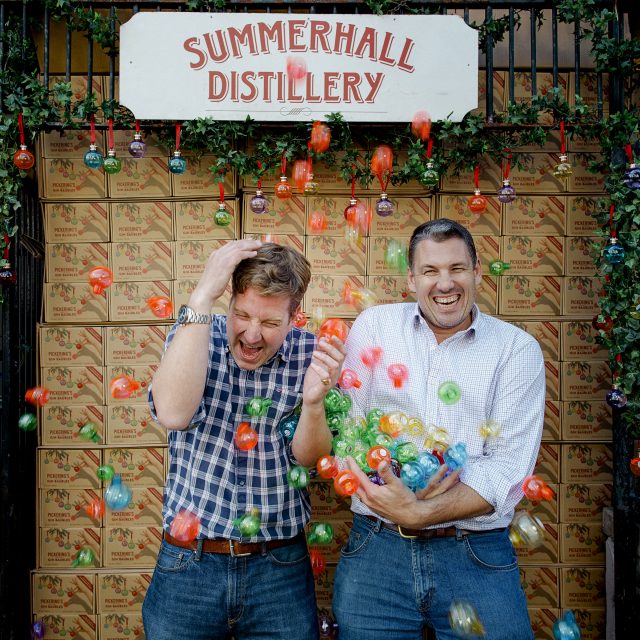 Matt Gammel, co-founder and head distiller, commented: “We’ve been gearing up for Christmas 2017 since December last year, and have taken steps to ensure that we are as ready as we can be. We have invested heavily in staff and our technology here at Summerhall, which has enabled us to hit our target of producing one million baubles on site”.

“People thought we were mad to set up a distillery in the old animal kennels of the former Edinburgh Vet School in 2013. They thought we were even madder to attempt filling 20,000 Pickering’s gin baubles a day on-site in 2017, but we’ve gone and done it! As well as bringing the baubles back to the UK market we have exported the gin baubles to Denmark and Australia to spread the ginny, bauble-shaped merriment”.

Marcus Pickering, co-founder and head of exports, added: “Our appeal as a gin-distillery has always been our authenticity. Everything we do happens right here in the heart of Edinburgh and despite this incredible commercial shift for us as a distillery, our production and staff remain here at Summerhall.”

“We have already secured deals to stock our product across the UK this Christmas, and we are looking forward to a very busy last few months in the run up to the festive period”.

“The idea for the baubles started in 2014 as a bit of fun for our local Christmas fair, now they’re the must-have Christmas decoration. Others may follow but we were most definitely the first to add that gin sparkle to trees around the country. We seem to have really captured the imagination of the gin lover and our baubles have now become a staple of our distillery. Christmas starts very, very early at Pickering’s HQ and we’re excited to finally unveil our biggest ever crop of Pickering’s gin baubles”.