UK wine merchant Ehrmanns has expanded its Beefsteak Club wine brand outside of Argentina to include a Tempranillo from Spain. Beefsteak Club Old Vines Tempranillo is sourced from bush vines that are more than 40 years old, grown in the central Spanish province of Castilla La Mancha. The wine is made by Ehrmanns’s winemaker, Inmaculada Perez, at Cooperativa La Paz, one of Ehrmanns’ longest-standing producer partners. Tempranillo is a robust grape that produces, rich, savoury red wines, making the wine a natural partner for steak, as well as meaty tapas dishes.

This expression is described by its winemaker as having “concentrated aromas of juicy and crisp red fruit and plums, with notes of raspberries and strawberries on the palate, with hints of vanilla and cacao, rounded off with velvety tannins”. The decision to expand the Beefsteak Club brand to include new varieties was prompted by the success of Beefsteak Club Malbec from Mendoza, which launched in 2014. “We continue to see strong traction for the brand, in its different formats, across most trade channels resulting in over 130 stockists, 25% of which are in the export market,”said Ehrmanns director Hugo Campbell, who also confirmed plans for further additions to the range, both for domestic and export markets in the future. 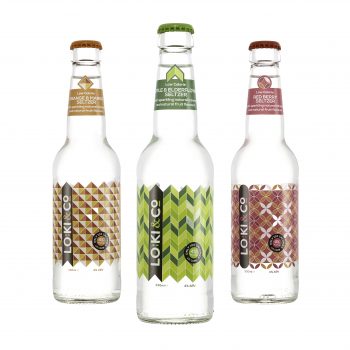 A former AB InBev sales executive and beer sommelier has launched a range of low-calorie alcoholic drinks targeted at health-conscious millennials, offering an alternative to “bloating beer and overly sweet RTDs”. Coined “hard seltzers”, a category that’s already well-established in the US, the Loki & Co range of sparkling fruit-flavoured drinks was created by Stephen Dillon. Available in three flavours – Apple & Elderflower, Red Berry & Orange, and Mango – each is made with Irish spring water and is gluten-free, with each 330ml serving containing 100 calories. “There is no such thing as ‘healthy alcohol’,” said Dillon.

“We are looking to provide a better alternative for people who are monitoring their calorie, carbohydrate and sugar intake. We see the hard seltzer launch as the first in a number of innovations that are in the pipeline – our ethos is to be completely consumer-focused, identifying different ‘need states’ of drinkers across both the alcohol and non-alcohol sectors.” Currently available in Ireland, Dillon is in talks to launch the range in the UK and France. 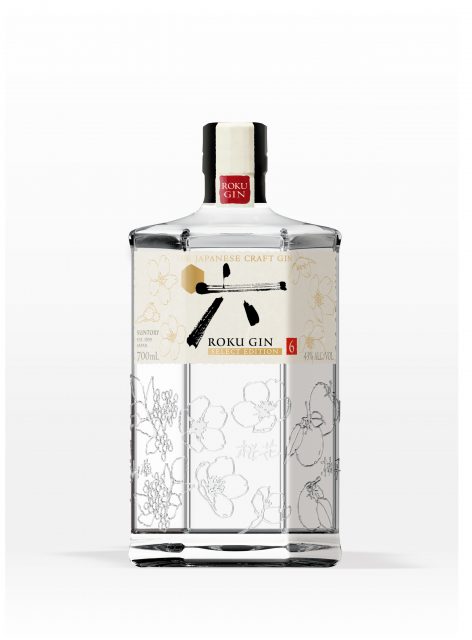 Beam Suntory is to roll out its Roku Japanese gin to international markets from September, expanding the brand’s reach outside of Japan for the first time. The first premium Japanese craft gin in its portfolio, Roku is currently only sold in Japan but will be available in Germany, Taiwan, and South East Asian markets from September 2017 in a 700ml bottle, at 43% abv. A special Select Edition will also be available in global travel retail. “We are very excited and honoured to bring Roku Japanese gin to global markets and a special Select Edition to global travel retail,” said Jeanette Edwards, Beam Suntory’s international brand director. 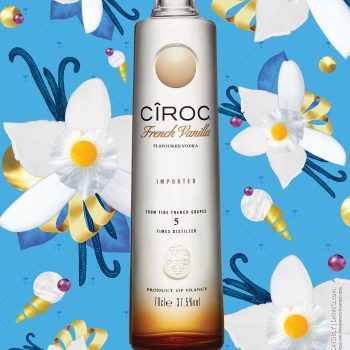 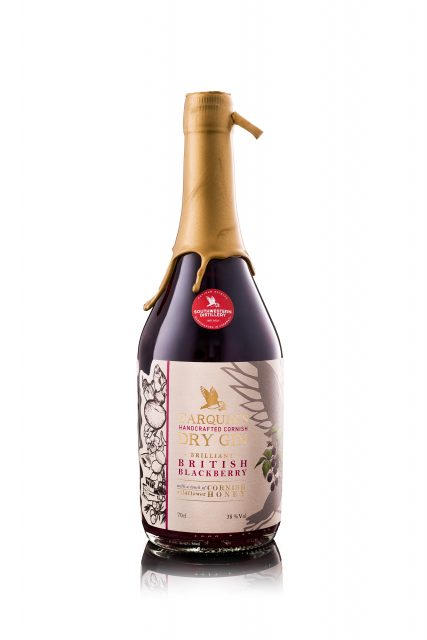 Tarquin’s Cornish gin is celebrating blackberries with the release of a gin infused with the fruit. Tarquin’s Brilliant British Blackberry Gin is created using Tarquin’s original Cornish Gin recipe as its base, which is distilled in tiny batches in its flame-fired copper pot still. After distillation, the spirit is infused with British blackberries. Before being bottled at 38% abv, the gin is given a touch of local Cornish wildflower honey for “balance and sweetness”.

This is the first fruit-flavoured gin produced by the Cornish distillery, and the fourth permanent addition to its growing portfolio, which also includes Tarquin’s The Seadog Navy Strength Gin, released in 2016. “Our new blackberry gin is all about capturing and bottling a little piece of our beautiful Cornish summer,” said founder and master distiller Tarquin Leadbetter. “Our delicious Tarquin’s Blackberry Spritz, with a dash of lemon juice and fresh mint is exactly that – fresh, bright and full of Cornish sunshine.” 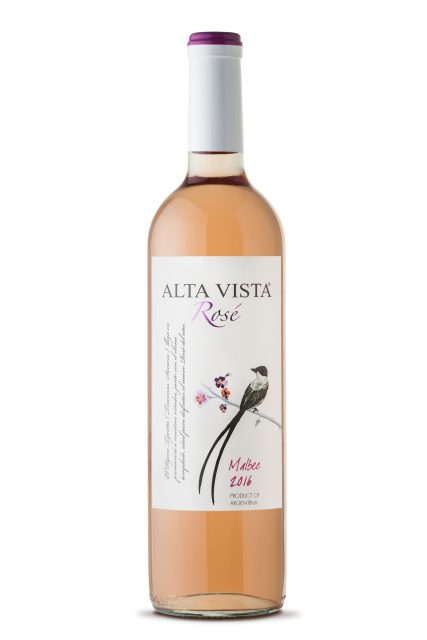 Argentine wine brand Alta Vista has launched the 2017 vintage of its Alta Vista Malbec Rosé, made from grapes handpicked in Mendoza. The wine is made through a combination of cold maceration and vinification. Half of the must is obtained by direct pressing of whole bunches, with the remaining obtained by separating grapes from the stems and carrying out a cold maceration for 72 hours, before being fermented in stainless steel at between 12°C and 18°C.

The rosé offers “a rich and intense nose, packed with fresh fruit, such as ripe sour cherries and floral notes reminiscent of red roses”.

Jura One And All 20 YO single malt 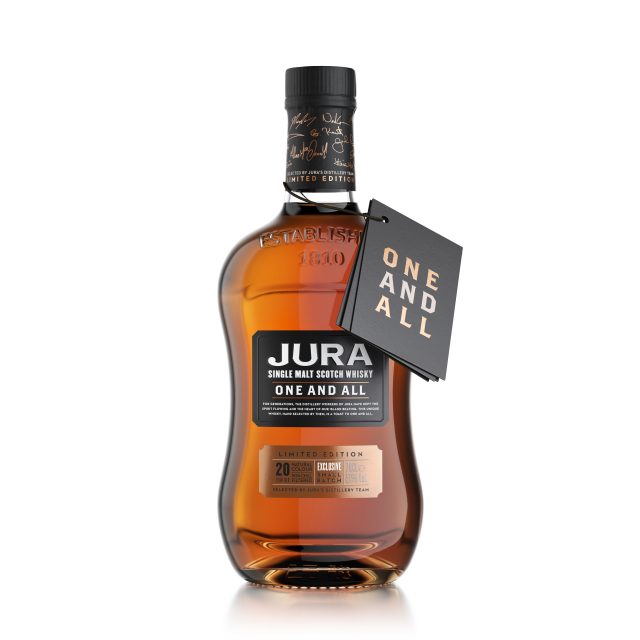 Scotch distiller Jura has unveiled a limited-edition expression in celebration of its island community and team of distillers, fittingly named One And All. One And All is a 20-year-old single-malt blend, bottled at 51% abv, and matured in American white oak ex-Bourbon barrels.

“There’s no better way to mark the distillery team’s dedication and craftsmanship, than by creating a limited edition expression in their honour – chosen by them,” said Graham Logan, distillery manager. “In tribute to their passion and tenacity – the shared spirit that each person brings to every last drop – this special whisky is the perfect dram to toast one and all.”

A start-up wine company has set out to give the beleaguered Sherry category a “total reinvention”, believing its future lies in successfully re-positioning it as a refreshing apéritif rather than “granny’s favourite tipple”. XECO Wines was founded by a trio of “fino fiends” – Beanie, Alexa and Polly – out of their mutual love of Sherry and an ambition to “bring Sherry out of grandma’s cupboard and into wine bars and onto cocktail menus across the UK”.

The first XECO release will be a dry fino Sherry, made from Palomino grapes in Jerez and aged in American oak casks for a minimum of four years at Diez Merito, a Bodega established in 1876. Its “disruptive packaging” features historic characters from England and Spain – including Henry VIII, Catherine of Aragon, Shakespeare and Cervantes – and neon graffiti art, which the aim of setting it apart from the traditional labelling of many Sherries on the market. An amontillado Xeco Sherry will be launched in the autumn. 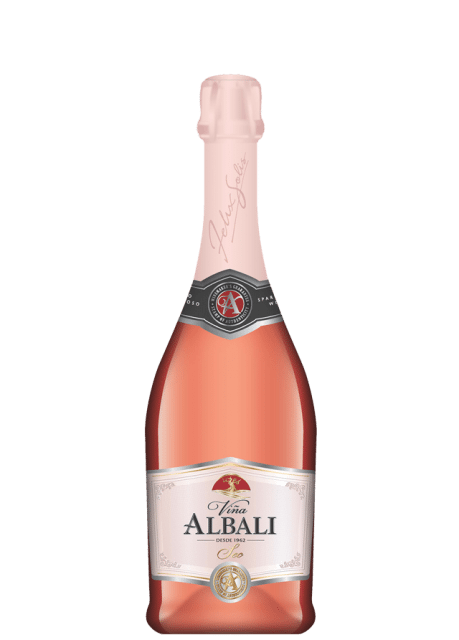 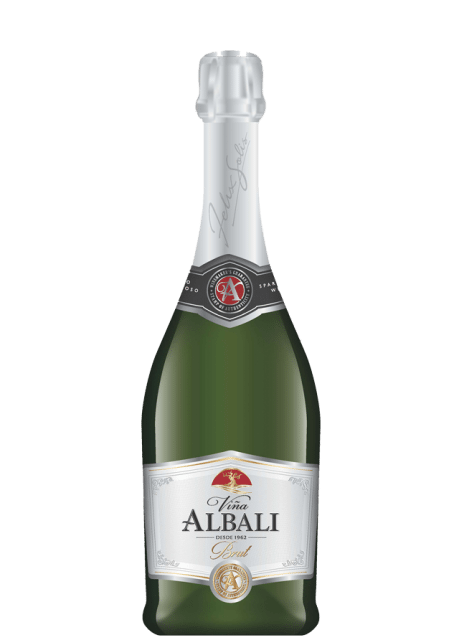 Spanish wine producer Félix Solís has launched a pair of Viña Albali sparkling wines into the UK market. Over the past few years, Felix Solis has been investing heavily in innovation and research to determine the styles of wine that will appeal to UK consumers. Spearheading a new burst of activity for the producer, its two new sparkling wines, Viña Albali Brut NV and Viña Albali Rosado Sec, produced using the Charmat method, were unveiled at the London Wine Fair in May.

“We are taking advantage of the fast-growing sparkling wine market, which in recent years has been driven by Prosecco,” said UK managing director Richard Cochrane. “By producing these wines under the Charmat method, we believe we have a strong proposition that will satisfy the tastes of existing Prosecco drinkers while allowing them to discover new sparkling wines from different countries.” Viña Albali Brut NV is made from a blend of Chardonnay, Airen and Viura, while Viña Albali Rosado Sec is a blend of Tempranillo and Viura. 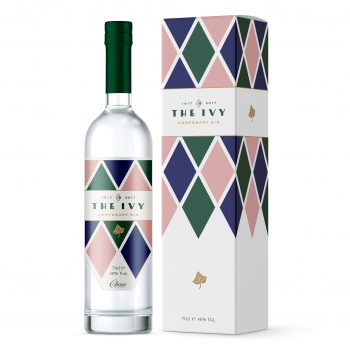 London restaurant The Ivy has teamed up with Herefordshire’s Chase Distillery to create The Ivy Centenary Gin as part of its ongoing 100th anniversary celebrations. The Ivy Gin, made in collaboration with The Ivy’s bar team by Chase Distillery, uses English ivy as its lead botanical, which is steeped with botanicals including spruce needles, sage leaf, coriander and bitter almond. The resulting gin is described as having a distinctive pine flavour that “flows into herbaceous juniper and finishes on light, fresh herbal and citrus notes”. “Gin has always played an important role in the history of The Ivy, with bartenders serving up classic gin cocktails from the 1920’s onwards,” said Darren Ball, bar manager at The Ivy.

“It remains one of our most popular spirits and it seemed only right that we should recognise this celebratory year with a commemorative spirit. The Ivy Gin works beautifully in classic serves such as a Gin and Tonic or Dry Martini, where the herbal and pine notes shine through.” The commemorative spirit is housed in a 70cl bottle that features The Ivy’s signature stained glass, which adorns the windows of the West Street restaurant.