Around seven tonnes of grapes have been stolen from vineyards in Bordeaux mid-harvest, a double blow for producers already suffering one of the lowest yielding harvests in the country’s history. 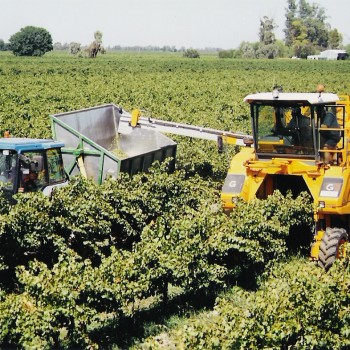 According to The Guardian, around seven tonnes of grapes have been stolen in the dead of night from vineyards in Bordeaux from mid September.

In Burgundy, winemakers have taken extreme measures to prevent the theft of grapes and vines, deploying security to patrol vineyards at night to lookout for suspicious vehicles, as reported by The Local.

Police have also been on horseback patrol in the Champagne region during this year’s harvest in order to deter thieves.

While theft of grapes and vines has always been an issue, it has been compounded this year by a significantly smaller harvest, with vintners left with an already smaller crop than normal, making grape’s even more highly-prized.

In fact, this year’s harvest in France is expected to be the smallest since 1945 due to the perfect storm of a mild March followed by severe spring frosts in April which wiped out entire crops of young buds in vineyards across France, including Champagne, Burgundy and the Loire Valley.

The French Agriculture Ministry has said it expects just 37.2m hectolitres of wine to be made in France year – 18% less than last year and 17% below the average over the past five years.