Chivas Regal and NBA China have announced a multi-year marketing partnership which the Scotch whisky producer claims to be the largest partnership with a professional sports league in the history of the brand. 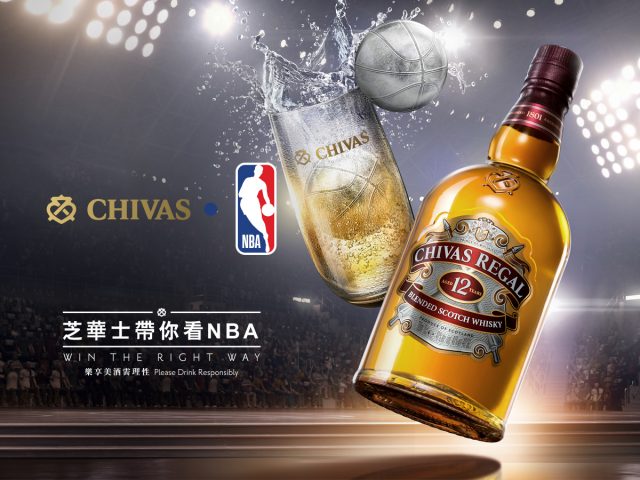 With the new partnership, Chivas and NBA China will first start cooperation on two upcoming NBA Games between the Golden State Warriors and the Minnesota Timberwolves, two NBA giants, in Shenzhen (5 October) and Shanghai (8 October).

Throughout the year, Chivas Regal will roll out campaigns in-store, online sweepstakes, viewing parties, as well as the launch of NBA-themed marketing campaigns across retail channels, bars, clubs and family KTV throughout Hong Kong and Macau.

For NBA fans in Hong Kong who purchased any bottle of Chivas 700ml or above, they will have a chance to win a pair of tickets to see the NBA China Games 2017 as The Golden State Warriors face off against the Minnesota Timberwolves in Shenzhen.

Additionally, at Red MR locations until 30 September, those purchasing Chivas will be able to answer a set of trivia questions and play a game for a chance to win tickets, prizes, and Chivas cocktails.

“We are delighted to partner with Chivas Regal, an iconic brand with a rich history and a genuine passion for teamwork,” said NBA China’s senior vice president, David Wang.