Two prominent New Zealand wineries have been acquired by a newly-established fine wine company co-founded by the man who launched Craggy Range and a US-based wildlife conservationist. 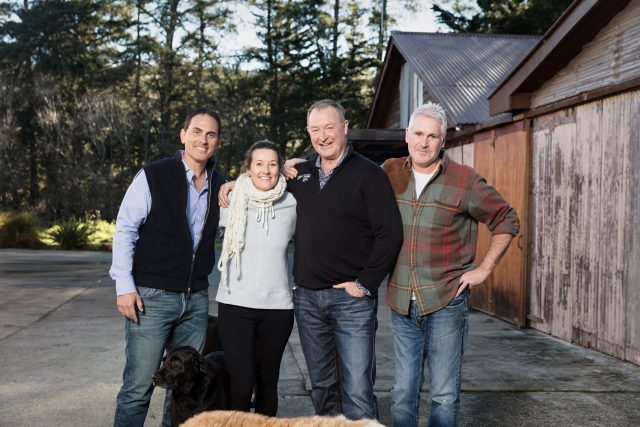 Mr Sheth is an investor and wildlife conservationist from Austin, Texas, while Steve Smith, is well-known for having led the development of Craggy Range, based in Hawkes Bay and Martinborough, having co-founded the brand with owner Terry Peabody in 1998.

Pyramid Valley Wines is one of the frontrunners of New Zealand’s growing biodynamic movement, founded by Claudia Weersing and her husband Mike in 2000. Their 2.2 hectare biodynamic vineyard is planted with four separate blocks of Pinot Noir and Chardonnay, with the aim of replicating the Burgundian model, which produces four wines; Earth Smoke Pinot Noir, Angel Flower Pinot Noir, Lion’s Tooth Chardonnay and Field of Fire Chardonnay.

It is a further sign of the growing confidence in the winemaking region of North Canterbury, which encompasses the Waipara and Waikari Valleys, located on the south island north of Christchurch. The region accounts for just 1,419 hectares of vineyards and is home to dozens of boutique producers who together produce just 3% of New Zealand’s annual production.

Lowburn Ferry meanwhile, based in Central Otago, was founded by Roger and Jean Gibson in 2000 with a focus on Pinot Noir. Jean holds a degree in Horticultural Science while Roger, who holds a Masters degree in Applied Science, also works part-time as a tutor in the viticulture/horticulture department of the Otago Polytechnic, specialising in soils and plant science. The couple’s wines are made under the direction of chief winemaker Peter Bartle.

“We are delighted that the Gibsons will remain living on this great Central Otago Pinot Noir vineyard as we create new vineyards and establish a winery on the property and have access to Roger’s science and natural ecology background on our estates,” said Smith.

ANZFWE has also secured the purchase of a small piece of land in the Gimblett Gravels Wine Growing District in Hawke’s Bay.

Leading ANZFWE as its chief executive will be Michael Henley, who has spent the past five years as CEO of Hawke’s Bay winery Trinity Hill.

“It will simply be fantastic to have Mike on board as a partner and to work alongside him again following the almost 10 years we spent together at Craggy Range,” added Smith.

The sale of the two wineries is subject to the approval of the New Zealand Government’s Overseas Investment Office, with each business continuing to operate under the direction of their existing owners until this process is completed.