De Bortoli Down the Lane range

Australia’s De Bortoli has released a range of wines made with ‘lesser-known’ varieties, inspired by Melbourne’s underground “laneway culture” – whereby historic lanes previously used to transport goods by horse and cart have been transformed into urban artscapes. Created with the aim of capturing the “feel and soul” of the movement, De Bortoli’s ‘Down the Lane’ range comprises four wines made by blending varieties from its Riverina, King Valley and Yarra Valley vineyards.

It includes: a Pinot Grigio/Arneis 2016, made with a touch of Vermentino; a Rosé Gris de Gris 2016 made from Pinot Grigio and Pinot Noir grown in Riverina; and a Shiraz/Tempranillo 2015. “Down the Lane is a terrific opportunity to explore varieties that may be better suited to our particular climates and blending for interest and flavour rather the traditional single-variety approach,” says De Bortoli senior winemaker John Coughlan. 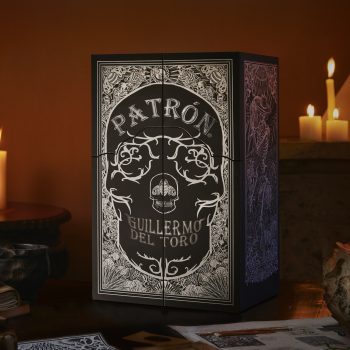 Oscar-nominated film director Guillermo del Toro has collaborated with Patrón Tequila on a limited edition gift pack to mark International Tequila Day (24 July). Described as a ‘multi-dimensional’ collaboration, the gift pack was designed by del Toro, who grew up in Guadalajara, Mexico. The box features carefully detailed black-and-silver drawings, inspired by the ‘jimadores’ – the labourers who for generations have hand-harvested Weber Blue Agave to make Tequila. The case itself houses two bottles; a limited-edition 750ml bottle of extra añejo Tequila sits upside down as the ‘torso’; while the second 100ml bottle of aged orange liqueur, in the shape of a skill, sits on top.

“Through the years, I have been offered many collaborations in designing and executing different products,” says Pan’s Labyrinth director del Toro. “I have never been tempted. This creation has been an adventure, and a privilege.” Alongside the bottles are two candles, which can be placed on a drawer that slides out from the box, creating an altar of sorts. Original artworks for the project are included in a hardcover book, Tomo de la Creación, inside the box.

Graham’s has released a special edition Port under its Six Grapes label made from a rare blend of grapes sourced from old vine riverside vineyards. Just 2,000 cases of the limited-edition River Quintas Six Grapes Port have been produced, following on from the success of the limited release of Graham’s Six Grapes Old Vines in 2014. Graham’s Six Grapes is produced every year using only the best grapes grown in Graham’s five vineyard estates. The new Six Grapes River Quintas edition is a blend of grapes from two of Graham’s riverside quintas: Quinta do Tua and Quinta dos Malvedos.

“There is an old tradition that dictates that the finest properties in the Douro are those that hear the murmur of the river flowing by,” said Paul Symington, of Symington Family Wines. “It is wines from these vineyards that we have drawn on to blend River Quintas, and the resulting Port certainly does not dispel the myth. At once spicy and intensely fruity, this wine has perfect maturity, outstanding richness and concentration of flavour.” The limited-edition Six Grapes ‘River Quintas’ Port will be available at Harvey Nichols, Harrods and a number of independent wine merchants.

Adding to the growing number of low-calorie options available to sparkling-wine lovers, Val d’Oca has launched a new low-sugar Prosecco. Valdobbiadene Prosecco Superiore DOCG Rive di Santo Stefano is a Brut Nature sparkler with as residual sugar level of less than 3 gr/l, much lower than a typical Prosecco, which is known for its slightly sweet, easy-drinking style.

Grapes used to produce Rive di Santo Stefano are grown in vineyards in the hills of Santo Stefano village. ‘Rive’ is a sub category of vineyards that refers to smaller, high-quality sites prized for their individual characteristics and terroir. “With the Brut Nature, we are following a 10-year trend for drier (brut) sparkling wine,” said Val d’Oca. “At the same time, we believe there is a growing number of wine lovers who appreciate Prosecco and are looking for more sophisticated and intriguing styles, and who are happy to discover the different local productions.”

French drinks producer Patriarche, the sister company of Barton & Guestier, has extended its sparkling ice wine range to include a new smaller format. Veuve du Vernay Ice, which is intended to be served in a large glass over ice, was launched in 2016 in a 75cl format. One year on, the producer is expanding its range to include a 20cl format for both its rosé and white expressions.

The range includes an NV Veuve du Vernay Demi-Sec Ice Rosé, made from Grenache, Syrah and Cinsualt, and an NV Demi-Sec Ice, with the “slightly sweet, well-balanced” range of sparkling wines aimed at younger consumers. 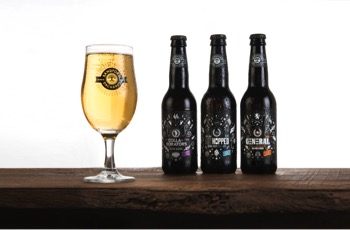 Devon-based cider maker Sandford Orchards has launched three craft ciders as part of its Pioneer range, which has gained listings at UK supermarket Morrisons. The General is an 8.4% vintage cider aged in 100-year-old oak vats, described as“powerful and complex, with rich apple fruit, honey, vanilla and hints of malted barley”.

The Collaborators is a 5.5% cider made from a blend of Devonshire and Normandy ciders, using a ‘Keeving’ process. Normandy apples produce a rich, sweet juice, which when combined with crisp bitter-sweet Devon cider results in a smooth, medium-sweet cider of character and depth. Rounding out the range is St Louis Dry Hopped, a 5.5% Devonshire cider infused with Ella and Willamette hops. All three are available at 400 Morrisons stores nationwide.

Better known for its large-format gold Prosecco bottles, Italian drinks producer Bottega has branched out into spirits with the launch of a gin. Produced at the family’s traditional distillery in the Veneto, Bottega’s Distilled Dry Gin Bacûr is made with botanicals including juniper, sage and lemon zest.

On the nose it is described as opening with “an intense scent of juniper, followed by citrus notes of lemon zest”, closing with notes of sage. Its name pays homage to a pre-Hellenic term ‘bacûr’, which was used in ancient times to indicate copper, with the 40% abv spirits housed in a distinctive copper-coloured bottle. 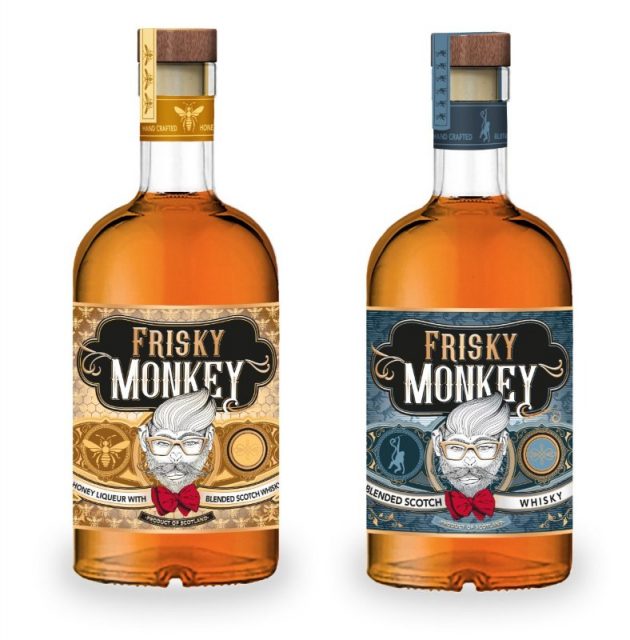 A fledgling Scotch whisky brand that made its debut in the Mexican market last year is set to launch in Europe. Founded by entrepreneur Luis Fabricio Camarena Rocha, the Frisky Monkey brand is aimed at “millennials and hipsters”, with its label featuring an image of a bespectacled monkey. Already established in Mexico, the brand will release two expressions in the EU this year; a blended Scotch and a honey-flavoured blend, with distribution in the US to follow.

“Our blends are chosen very carefully by our master distiller in Scotland, and they meet the needs of millennials and hipsters looking to buy new attractive and quality products,” said Rocha. “We are very excited to start distribution in the EU, and are truly convinced that Frisky Monkey will captivate the consumer.” 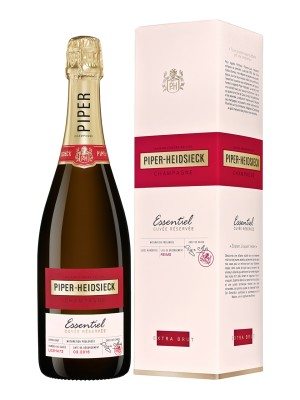 Champagne Piper-Heidsieck is to launch its Essentiel cuvée in the UK this year, offering it exclusively to the on- and “high-end” off-trade. The wine is an extra-aged and lower-dosage Champagne that is kept on its lees for an additional 12-18 months compared with the brut, with a dosage of 5 grams per litre to the brut’s 9g-10g/l. The house says this makes the Champagne “ideal” for gastronomy, and it will principally be offered to the on-trade with only “select” retailers being able to sell it.

Piper-Heidsieck’s chef de cave, Régis Camus, said: “This extra-aged and lower-dosage wine is the pure expression of Piper-Heidsieck style: a structured, crisp and ardent wine. Wanting to highlight the uniqueness of Essentiel, we have decided to display additional information on the label, such as the disgorgement and cellaring dates, to communicate that extra level of detail to an engaged Champagne audience.”