A Swiss industrialist, from one of the richest families in Europe and vice-president of the World Wide Fund for Nature, has acquired Domaine Jayer-Gilles in Burgundy. 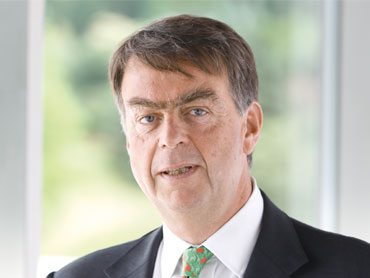 As reported by La Revue du Vin de France, Hoffmann has apparently long wanted to buy an estate in Burgundy and said Domaine Jayer-Gilles was, “synonymous with rigorous vinification and great wines.”

The domaine, which has some 12 hectares of vineyards in Nuits-Saint-Georges and Echézeaux, was rather notorious in Burgundy in the past for its use of lots of new oak and a very rich style of wine.

Gilles Jayer-Gilles who has worked on the estate since 1982 and run it since 1998 will reportedly stay in charge for the time being but will eventually give way to two younger winemakers; Julien Gros (of Domaine Christian Gros) and Alexandre Vernet (of Domaines Gilbert, Philippe Germain and Manuel Olive) according to LRVF.

His father, Robert, is a cousin of the most famous of the Burgundian Jayer clan – the late Henri Jayer.

The sale is another high profile deal in the region, where earlier this year the US billionaire and former owner of Screaming Eagle, Stan Kroenke, bought Domaine Bonneau-du-Martray in Corton.

As well as his business interests, Hoffmann is vice-president of the WWF and is apparently a specialist in the birds of prey of the Camargue in southern France.