Study on rising alcoholism called out

A study asserting that the rate of alcoholism in the US had increased by more than 49% between 2001 to 2013 has been criticised for using allegedly compromised data to reach its conclusions, with a fellow federal study finding that alcoholism was in decline. 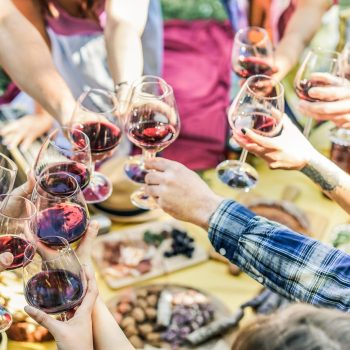 According to a study published in Jama Psychiatry that examined drinking patterns between 2002 and 2013 based on surveys of tens of thousands of American adults, the number of Americans abusing alcohol had risen to dangerous levels.

In that time period, overall alcohol use among adults increased from 65% to 72%, it said, with instances of high-risk drinking (four or more alcoholic drinks a day) rising from 8.5% in 2001 to 12.7% in 2013 – a 49% increase – suggesting that nearly 30 million Americans now suffer from alcohol addiction.

It also claimed that the increase in alcoholism was more pronounced among women, racial minorities, older adults, people on low incomes and people living in urban areas.

Following its publication, some researchers have called into question the NESARC date used to reach its findings, pointing out that it was based on a federal survey that underwent major methodological changes between 2001 and 2013, which they argue makes its findings skewed.

As reported by Vox, NESARC’s findings were in sharp contrast to another federal survey, the National Survey on Drug Use and Health (NSDUH), which found a decrease in alcohol abuse from 2002 to 2013. That survey found that in 2002, 7.7% of Americans aged 12 and older were found to have an alcohol addiction, with that figure dropping to 6.6% in 2013. Importantly, NESARC considered only those aged 18 and over.

According to Richard Grucza at Washington University School of Medicine, an alcohol researcher who previously studied NESARC and NSDUH’s methodologies, told Vox that questions in the survey were change throughout the process, which could lead survey takers to respond differently.

“The NSDUH methods are much more consistent from year-to-year, and it is administered annually,” he told Vox. “So I tend to put more weight on NSDUH data.”

The Distilled Spirits Council also hit out at the study, arguing that there has been a decline in alcohol use disorders and that the findings do not match up with the results of the National Survey on Drug Use and Health (NSDUH).

“While any amount of alcohol abuse is too much, the claims published in Jama Psychiatry do not comport with findings of the National Survey on Drug Use and Health, the federal government’s leading survey that tracks substance use disorders,” said Dr Sam Zakhari, Distilled Spirits Council senior vice president and former division director of the National Institute of Alcohol Abuse and Alcoholism.

“The NSDUH shows a decline in alcohol use disorders among all age groups,” Zakhari added.