Canadian bartender Kaitlyn Stewart has been named the winner of the Diageo World Class Bartender of the Year competition for 2017. 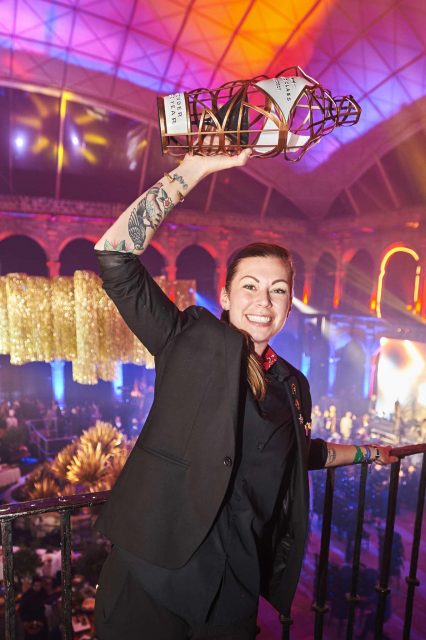 Stewart, who works at the Royal Dinette in Vancouver, battled through the final of the competition in Mexico City against three other bartenders, having to show off her mixology skills to make both classic cocktails and new creations.

Over 10,000 bartenders from 57 countries entered the competition – now in its ninth year – and, after the regional finals, 55 competitors gathered in Mexico City last Sunday before being whittled down to the final four on Wednesday 23 August.

Stewart will now spend a year as Diageo’s Reserve Brand Ambassador, travelling the world to make bespoke drinks and judge in competitions. She joins a roll call of the world’s best bartending talent and is now the ninth member of the ‘World Class Hall of Fame’.

Stewart said: “I’m so incredibly amazed and shocked to have been named the world’s best bartender. It’s been a gruelling week, taking on the toughest challenges against some of most skilled bartenders I’ve ever met.

“Participating in the Finals was amazing enough but to finish the week as winner… I’m so delighted!

“Cocktails are on the up now more than ever and to be at the forefront of that, pushing forward the idea of using better ingredients and better recipes to create even better cocktails is something I’m really passionate about and I’ve loved every moment of this experience.”

Johanna Dalley, global World Class director, said: “This is a special week in the bartender calendar and it didn’t disappoint – we have truly been blown away. Cocktail culture is booming and these World Class finalists are the people who are leading the way, helping the industry grow from strength to strength. At World Class we are on a mission to inspire people to drink better and shape the future of drinking, whether at home or in the bar.”

The tenth edition of the competition will take place next year in Berlin. Dalley added: “Berlin is famous for its diverse nightlife and vibrant bar culture – a perfect place to host our 2018 World Class finals.

“The streets are lined with a cutting-edge bars, all pushing the boundaries of cocktail culture and helping people get more from their drinks.  Not just that, the style of the city and its creative and diverse cultural make-up, means that it will be a spectacular experience for everyone.”