A new wine scandal is evolving in France following the arrest of the chairman of one of the country’s leading bulk wine bottlers, Raphaël Michel, on fraud charges this June. 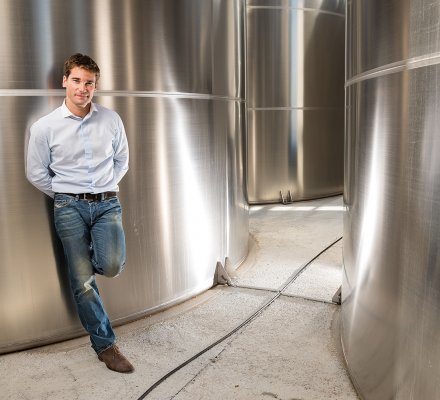 Little is known about the exact nature and scale of the fraud the company’s owner, Guillaume Ryckwaert (pictured), is accused of but, as reported in Wine Spectator, the National Customs Judicial Service apparently noticed “a great number of violations” covering October 2013 to March 2017 during a routine audit of Raphaël Michel’s records. The company has apparently been under investigation by French customs since last autumn.

It is alleged that part of the fraud included passing off as much as 300,000 hectolitres (over 3m cases) of wine classified as Vin de France as Côtes du Rhône, Châteauneuf du Pape and other AOC.

Since the scandal broke, French supermarket chain Carrefour has cancelled its supply contracts with the bottler – it operates six entire bottling sites run by Raphaël Michel – as have other retailers according to reports in the French media.

Ryckwaert, who bought the négociant in 2002, and several managers were arrested on 29 June and detained in Marseille before Ryckwaert was accused of fraud, deception and tax violations. He was then released on bail of over €1m, placed under supervision and ordered to have no dealings with the company during the investigation.

The other managers were released without charge but the prosecutor’s office has reportedly claimed the scale of the fraud is too big for just one man to be behind.

No growers are implicated in the case.

Rapaël Michel is one of France’s oldest and biggest bulk bottlers that has been turned into a huge success by Ryckwaert. Sourcing wine from over 3,000 growers and 15 co-operatives in the Rhône, it also owns vineyards in the region and Chile and has subsidiaries in Provence and Languedoc-Roussillon. It sells around 10m cases of wine a year, has a turnover in excess of €80m and has seen annual growth of 20% to 30% since Ryckwaert took charge 15 years ago.