Carlsberg has released its financial results for the first half of 2017 in what it called a “strong performance”, boosted in part by its craft and alcohol-free brands. 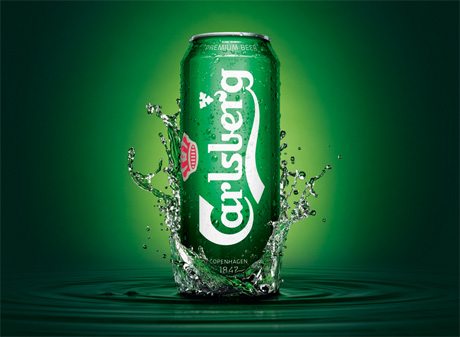 “The cash generation of the Group continued to improve. Free operating cash flow increased by 37% which resulted in a substantial net debt reduction, bringing net debt/EBITDA down to 1.57x.”

Referring to individual markets, Haart said that Western Europe had seen volume growth of 1% and a “strong” organic operating growth of 14%.

In Eastern Europe net revenue was down organically by 1%, with a net volume decline of 9% behind it. On the other hand, reported net revenue was up 16%, supported he explained, “by a significantly positive currency impact.”

In Asia meanwhile net revenue grew organically by 6% thanks to a “very solid” 5% price/mix and flat volumes.

Reported net revenue was up 1%, having been hit by the brewer’s sale of various investments such as Carlsberg Malawi and a number of breweries in China.

CFO Heine Dalsgaard added: “Based on the H1 performance, we keep our 2017 guidance unchanged and maintain our outlook of mid-single-digit percentage organic operating profit growth. As said earlier in the year, we saw a stronger year-on-year operating profit performance in H1 than what we expect for H2, as we will have tougher comps in the second half of the year, and because of a different phasing of costs this year compared to last year.

“Funding the Journey is well on track, and we still assume that approximately 50% of the DKK 1.5-2.0bn will come through this year, and the remaining part in 2018.”

Behind the various successes in various markets Haart pointed to the re-launch of Carlsberg Export in the UK backed up by a global marketing campaign featuring Danish actor Mads Mikkelsen for its classic ‘green label’ lager.

He also noted there was “good traction” for the brewer’s craft and specialty brands “in most of our markets”.

Volumes of these craft beers grew 25%, while Carlsberg has worked to extend the distribution of its Brooklyn Brewery beer, acquired London Fields in the UK and set up a microbrewery in Lithuania.

Sales of alcohol-free beer meanwhile grew 13% in Western Europe while ‘Tuborg’ has seen growth in Asia of 6% so far this year.