The Scottish government is calling for greater protection of Scotch amid fears that a trade deal with the US could flood the market with cheaper whiskey imports. 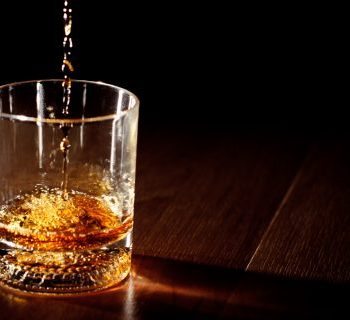 The Scottish economy secretary Keith Brown has written to the UK government asking for greater protection for Scotch, pointing out that the US has previously supported the relaxation of definitions for whiskey in the EU-US Transatlantic Trade and Investment Partnership (TTIP), a move that would undercut the position of Scotch.

“The US made clear in the Transatlantic Trade and Investment Partnership discussions that they would support a relaxation of the definition of whisky, which would open the market up to a number of products which do not currently meet that standard,” he said.

“It is vital that we continue to have robust legal protection of Scotch whisky, which is why I have sought clarification from the UK Government as to whether Scotch whisky featured in discussions during last week’s trade visit (to the US) by the Secretary of State for International Trade.

Brown, who pointed out the financial contribution made by the sector, which [directly] supports around 20,000 jobs and is worth about £4 billion in exports to Scotland and the UK, also demanded that the current EU regulations are guaranteed after Brexit.

“Regarding the EU whisky definition, all whisky produced or sold in the EU must be, among other things, matured for at least three years. We would be opposed to any weakening of the whisky definition as a result of trade negotiations with other countries or through any other means,” she said.

A spokesman for the UK Government said the government had a strong relationship with the SWA and was working closely with the industry to secure “the best possible deal for the whole of the UK”.

“Scotch is a UK export success story and we will support the industry so that it continues to thrive and prosper post-Brexit,” they said.

Speaking in an exclusive interview with db recently, WSTA chief executive Miles Beale said that when it came to free trade agreements, there are some countries who would like the UK to operate “very differently to the way the EU currently operates” but said most countries would understand that the UK’s position on some things would be determined by its initial deal with the EU.

He pointed out that Scotch whisky was the largest example of the Protected Geographic Indication scheme in the world, and it was therefore very unlikely the UK government would allow any changes to that protection. This would continue to recognise other EU PGIs on a ‘quid pro quo’ basis, thereby putting this firmly in place before the UK starts Free Trade Agreements with the US and other non-EU countries.