Austrian glassmaker Riedel will open its first store in the UK this week, modelled on its flagship outlet in Kufstein, Austria. 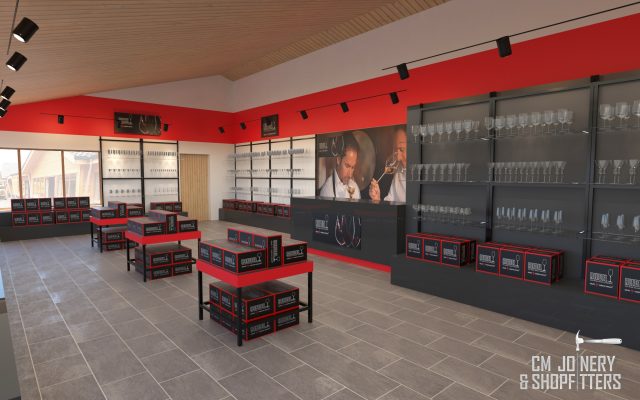 Based near to its UK headquarters, Riedel’s first UK store will be located on Trentham Estate, a major leisure and shopping complex set in 725 acres of restored gardens and parkland, in Stoke-on-Trent. Attracting some 3.25 million visitors per year, Trentham Estate is one of the most visited shopping locations in the Midlands and has recently benefitted from a £100m redevelopment.

The wider site already has planning permission for a prospective vineyard and winery, Steve McGraw, managing director of Riedel UK, revealed, which he said could be complementary to the glassmaker in the future.

“It was also interesting to us that the overall development for the attraction includes plans for a vineyard and winery and, once this is completed, we would hope that it will give us some additional opportunities for the development more experiential retail and partnerships,” said Steve McGraw, managing director of Riedel UK.

“Riedel already has retail stores in some markets, such as Germany, Austria and Japan and, so far as the progression of the three brands in the UK is concerned, this is a natural progression and we felt that the timing was now right to make this move.”

The store will create five new jobs in the store itself and will also support existing jobs at the UK head office nearby.

At present, Riedel said it did not have plans to open any further UK-based stores. However a spokesperson said that if this venture is successful it would consider rolling out the concept to other locations in the UK.

Riedel’s first UK store will open on 28 July at 10am with special promotions and giveaways planned on the day.