Moët Hennessy has won a court case against wine auction house Acker Merrall & Condit concerning a counterfeit bottle of Krug Collection 1947 presented by the auction house in its sales catalogue in Hong Kong in September 2012. 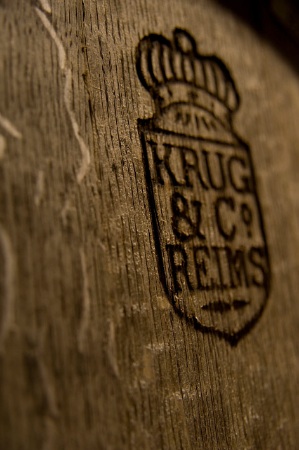 The Champagne house made the announcement through a press release and said it brought the case before the High Court of the Hong Kong Special Administrative Region for “trademark infringement and passing off”.

In the final ruling, Acker Merrall & Condit acknowledged and admitted that it infringed upon Moët Hennessy registered trademarks, and passed off a product as a genuine Krug Champagne.

In a statement sent to dbHK, John Kapon, chairman of the auction house, said he is “pleased” to have settled the case amicably and it was “wholly unintentional, infringement of certain of MHCS’s registered Hong Kong trademarks,” stressing that the case involves only one bottle of “tens of thousands” Krug Champagne sold through Acker Asia and its affiliated entities.

“Unfortunately, counterfeits are a reality of life in the fine and rare wine world and despite robust procedures we have in place to minimise the risk of counterfeit bottles entering the marketplace, those procedures are not infallible.

“In this particular case, Krug was able to conclude that the bottle at issue was counterfeit after subjecting it to review and comparative analysis at the domaine. This review and analysis included access to information and records that were, to our knowledge, in Krug’s sole possession and which were not publicly available.”

The ruling details that Acker will conduct reasonably appropriate authentication procedures to ensure all products bearing the Krug trademark and/or any of the other Moët Hennessy Champagne registered trademarks that are to be sold by Acker in its auctions have been produced by and/or ultimately sourced from Moët Hennessy.

In an interview with dbHK recently, John Kapon, chairman of the auction house, claimed Acker has “one of the best and most robust” wine inspection processes despite past allegations of selling counterfeit wines.

The ruling also states that Acker should be restrained from dealing in or with any products bearing the Krug trademark and/or any Moët Hennessy Champagne trademarks which products it knows or ought reasonably to know, not to be of the merchandise or manufacture of the company.

“This specific action reflects Moët Hennessy’s dedication to the fight against counterfeiting. Moët Hennessy is committed to ensuring its consumers the best quality and security, and is extremely vigilant in all distribution channels,” the release said.

The group works in close collaboration with local and global law enforcement to defend and protect consumers. Moët Hennessy also reinforces the importance for auction houses to respect the authentication processes and certifications of products being auctioned.

This article has been updated on 7 July with comments from John Kapon, chairman of  Acker Merrall & Condit.