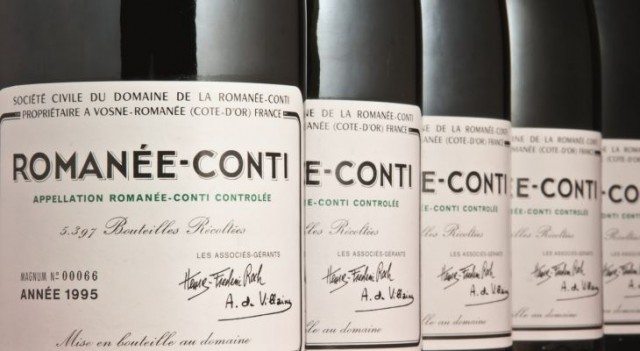 Several wines from the domaine are counted as ‘first growths’ in the classification, alongside wines from the US, Spain, Australia, Italy, the Rhône and Champagne.

Every two years Liv-ex revisits the old 1855 classification and, on the basis of average trade prices per case, sees which wine labels would be considered first to fifth growths today.

Last week it looked at the Left Bank and earlier this week the Right Bank where there were no major surprises to the order of things.

This year marks the first time that Liv-ex has applied this principal to a broader selection of the fine wine market.

The criteria for a wine’s inclusion on the list is exactly the same as it is for the Left and Right Bank re-classifications.

All wines must be traded broadly with at least five vintages being traded on the platform in the last year, all wines must be over £250 a case and there are distinct price brackets to arrange the wines from first to fifth growth with an average weighted price of £2,500 a dozen being the lower limit for ‘first growth’ wines.

Being weighted by price, it will come as no surprise that Burgundy features prominently in the first growth section with eight of the top 10 wines being from that region – and in fact six from one estate; Domaine de la Romanée-Conti.

With an average price of £98,732 a case, the estate’s Romanée-Conti is the first among first growths, followed by its La Tâche label with an average of £23,340.

Armand Rousseau’s Chambertin Clos de Bèze was next, followed by DRC’s Echezeaux, another Chambertin from Rousseau and then Pingus.

In the ‘second growth’ category the wines (37 in all) became more diverse in nature. There were still a lot of Burgundies but also more Champagnes, Rhône, American, Italian, Australian, Spanish and even a Chilean wine (Almaviva) in the mix.

Interestingly, although it is arguably the foremost Spanish fine wine, on the basis of price Vega Sicilia’s ‘Unico’ is classed as a second growth while Pingus is a first.

Moving down the categories, there was more Rhône and Italian wine classed as third growths, while the fourth growth category was almost entirely composed of Rhône wines save for one Chilean – Casa Lapostolle’s Clos Apalta.

Breaking down the number of wines per region/country, out of 68 wines on the list: