China and the US lead Australian wine export growth

Australian wine export value increased by 10%, the equivalent of AU$201 million, to AU$2.31 billion in the financial year 2016-2017, underpinned by strong export growth to China and the US. 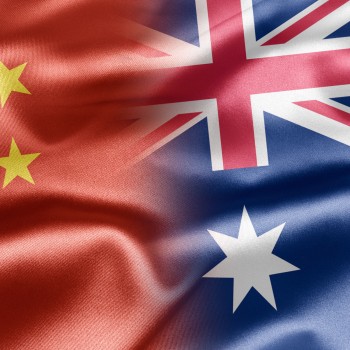 Australian wine exports to most regions recorded growth in the financial year, except for those to Europe, which declined by 1% to AU$568 million, and Oceania, which fell by 1% to AU$87 million, according to the Wine Australia Export Report June 2017 released today.

Wine Australia CEO, Andreas Clark, said, “Pleasingly, nearly all price points experienced growth and there were benefits for exporters in all segments of the market.

“The strongest growth was in more premium wines, with all price segments of AU$10 per litre FOB and above experiencing growth, and the strongest rate of growth for wines AU$30–49.99 per litre FOB.”

In 2016–17, exports to Greater China increased by 33% to AU$721 million. The implementation of the China-Australia Free Trade Agreement (FTA) at the end of 2015 has provided impetus to an already strong market. The FTA agreement will gradually see China reducing tariffs on Australian wines to zero in 2019.

Mainland China’s position as the number one destination for Australian wine exports by value was consolidated in 2016–2017. Exports grew by 44% in value to AU$607 million.

Bulk wine exports more than doubled to AU$37 million but the bulk share of exports is low at 6%. Bottled wine exports also grew strongly, up 41% to AU$568 million, representing a 94% share. Mainland China accounts for 40% of all Australian wine exports priced at AU$10 per litre FOB or more.

By value, Australia holds a 24% share of wine imported by mainland China, second only to France with a 41% share. However, Australian wine exports are growing at much faster rates than most major competitors.

The decline in export value, according to Wine Australia, is due to the fact that less wines exported to Hong Kong are routed to China, as the FTA between the two countries has gradually reduced tariffs.

A vital trading hub with important distribution links to mainland China, Hong Kong has acted as a gateway to China where some imported wines in the city are re-exported to other Asian destinations, with 95% of re-exports going to mainland China and Macau, according to the trade association.

“Hence, not all Australian wine exported to Hong Kong is consumed in the country. FTA, which is reducing import tariffs for Australian wine into China over time, has meant that less wine destined for mainland China is routed through Hong Kong, which has contributed to a decline in exports to Hong Kong,” the association explained.

However, Hong Kong has the highest average value among the top 50 destinations to which Australia exports and 77% of exports to Hong Kong are valued at AU$10 or more per litre FOB. Australian wine will also take centre stage at Vinexpo Hong Kong 2018 as the Country of Honour.

The positive trend towards Australian premium wines in the United States continued. Exports at AU$10 per litre FOB or more increased by 21% to AU$43 million.

The UK remains the number one destination for Australian exports by volume; more Australian wine is shipped to the UK than any other market.

Overall, the total value of exports to the UK declined by 7% to AU$341 million. However, there was very strong growth in exports at the high-end of price points, exports at AU$10 per litre FOB or more grew by 13% to AU$28 million.