London’s Aqua Shard, located on level 31 of the Shard, has unveiled a series of late night cocktails designed to either invigorate and rejuvenate or to relax and soothe.

The brainchild of senior bar manager Luca Missaglia, the new serves, available on Fridays and Saturdays until 3am, are designed to allow guests to take advantage of the longer days and panoramic views of London’s skyline.

The menu is divided into two sections, with two drinks in each category. ‘Wind down’ cocktails Lavender and Lime and Calming Cognac aim to soothe, while ‘wind up’ sips Caribbean Colada and Kick Start were created to refresh and revitalise.

After sampling the menu, guests can descend the Shard’s escalators, adjacent to London Bridge tube station (which operates a 24-hour night tube service on the Jubilee line,) and either travel home after a nightcap or head out to experience the capital’s night life.

Speaking to the drinks business at the launch on 21 June, Missaglia said: “We do around 700 covers a day, so we have to be careful to ensure consistency.”

“We have someone that comes in over night, usually from 10pm until 6am to work on preparing our ingredients. We open early for breakfast, so this is the only time when the kitchen is shut and we have space to work.”

Missaglia joined the Aqua Shard team in November 2014 after more than 10 years working in hospitality. His previous roles include a three-year stint as bar manager at London’s Quo Vadis as well as bartender roles at Lab Bar and The O Bar.

A self-confessed coffee addict, Missaglia also professes a passion for seasonal produce. On the day of the launch, he had received a delivery of fresh elderflower and lemon verbena which he promptly added to one of the new drinks.

When asked by the drinks business if using seasonal ingredients was important to him and the Aqua Shard team, Missaglia replied: “Absolutely, I think this is something that is very important. Many chefs in London are focusing on seasonal ingredients and only using products when they are at their best. There is no reason why the drinks and cocktail industry can’t do the same.”

“It’s something I’ve always been passionate about,” he continued. “I come from Milan and my mother used the local tomatoes when they were at their best and ripest – I always assumed this was normal. Now you can get things all year round and we’ve lost the excitement of ingredients coming into season.”

“People like myself and my team here, as well as the Duck & Waffle team, to give an example, are focusing on using ingredients that are in season. There will be new cocktails coming out in September to reflect that”.

Missaglia also revealed that he is currently experimenting with “warming, winter ingredients” for a new menu to be released later this year, including sandlewood and patchouli, the latter a herb in the mint family, commonly used in perfumery.

Click through for more information and to view the full cocktail menu.

Lavender and Lime (wind down) 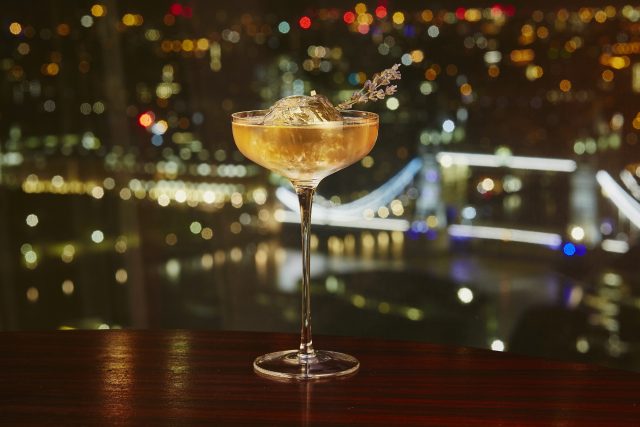 A blend of lavender and lime cordial, pineapple infused Arak, Coochi Americano and maraschino, Lavender and Lime is served in a coupe with an ice block garnished with sprig of lavender.

When asked what inspired its creation, Missaglia said: “My inspiration started with the relaxing element of lavender, which is also quite British, it feels like the quintessential ‘wind down’ ingredient. The scent is associated with relaxation and is pleasant and floral.”

“We make a cordial in house and combine the lavender with lime, I think the two work really well together as the lime gives a balance to the floral notes and is quite unusual”. 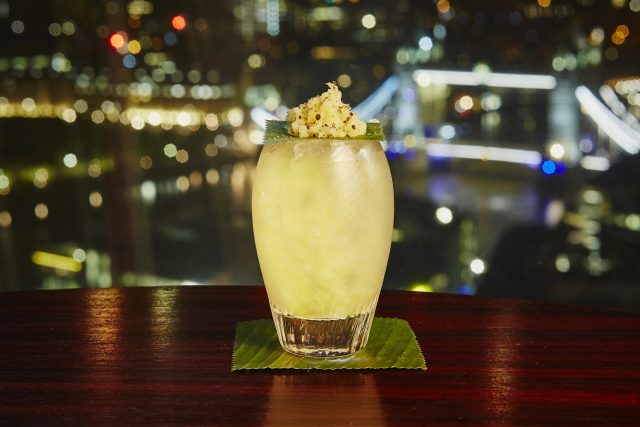 Caribbean Colada combines honey and pineapple cordial, Arak, coconut water and soda water, served over crushed ice and garnished with a frozen banana leaf piled high with fresh, black pepper-spiced pineapple. The warming kick from the pepper cuts through the sweetness of the cordial in a refreshing and original take on the Pina Colada.

Missaglia added: “The Pina Colada is, I think, probably the most well-known ‘party’ drink. The wind up cocktails are designed for those who are stopping by Aqua Shard to begin their evening, so this felt like a great, energising and fun cocktail to have at the start of the night”. 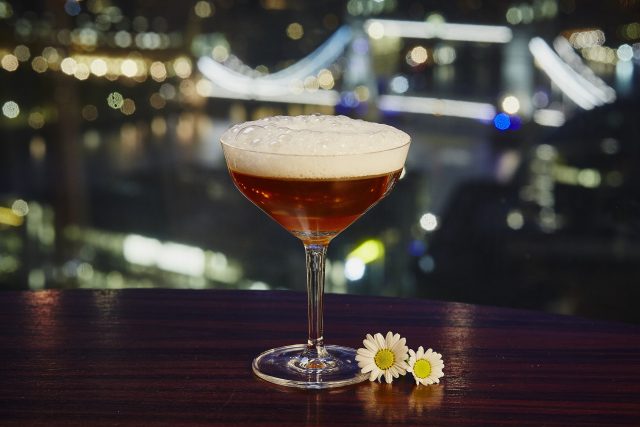 The aptly named Calming Cognac mixes a Sauternes and camomile reduction with Hennessy cognac and absinthe ‘air.’ The true test of any ‘wind down’ cocktail should surely be whether it can calm the nerves of a trainee city solicitor. Luckily, db was accompanied by one to the launch and can confirm that Calming Cognac certainly did the trick!

As Missaglia explained on the night: “I wanted to create a calming cocktail with camomile and replicate the experience of having a relaxing bubble bath! The absinthe air is made from camomile and absinthe combined with still water and a touch of soya lactin. We used the same mechanism to make the bubbles as you get in a fish tank.”

“We bought a pump and put it in a jug with the mixture and then pumped air into the mixture to create the bubbles. The soya lactin helps to produce fluffy, yet stable bubbles that hold their shape”. 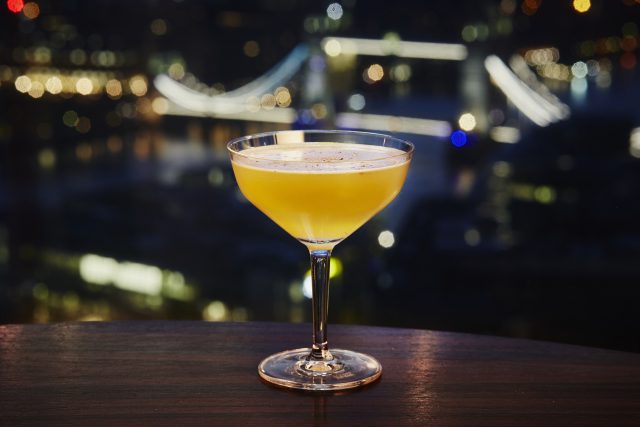 Missaglia added: “The drink started with the smoked chipotle chilli. I discovered these on a trip to Mexico and bought them back with me. I wanted to use them in a drink and again, the wind up drinks needed to have energy and the chilli gives a fiery kick to it.”

“The team and I played around with flavour combinations and we decided on the pineapple and pink peppercorn ‘shrub’ or chutney, which we make in house as well. The chutney gives a sour element to the drink which works really well with the tequila. This one is my personal favourite”.