A South African winery is determined to realise the ‘unique’ potential of Nebbiolo in Elgin, despite its newly planted vineyard being devastated by a recent wildfire. 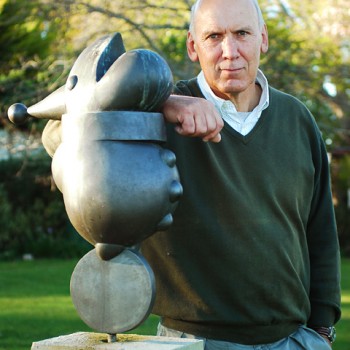 Iona Estate owner Andrew Gunn told db that while the general consensus was that “you can’t make great Nebbiolo outside Langhe”, he felt that there could be a similarity between the Italian region and the cool climate in Langrug in Elgin, where Iona recently acquired a farm.

“I did an evaluation and came to the conclusion we could do something very special,” Gunn said, pointing as well to the deep ‘Bokkeveld shales’ in Langrung, which had good water retention properties.

He argued that the warmer weather in April in May left no frost risk during flowering and set, while the estate enjoyed similar weather to Barolo in the early ripening months of June, July and August and warmer weather in the last two months of the vintage ensured reliable ripening, overcoming a potential problem in Langhe if temperatures start to drop in autumn.

“Another important factor is that our nights are cooler ensuring good colour development,” he argued.

Gunn said that while he had “no intention” of trying to emulate a Barolo or Barbaresco in Elgin, he did intend to produce a single varietal Nebbiolo.

“We believe that with sensitive handling of the fruit and discreet use of new wood in tonno’s we can make something unique whilst expressing the wonderful fruit and tannin of the Nebbiolo grape,” he told db.

The idea was first inspired by Gunn and his wife’s nine-day, 220 km trek through the Langhe in 2014, where they stayed in Barbaresco, Alta Langhe and Barolo along the way. This holiday saw them fall in love with the cuisine and wines of the region and they not only purchased a small, run-down house in the village of Roddino, 5 km from Mont Forte d’Alba, which they subsequently restored, but also started to think about the potential for the Italian variety in South Africa.

As a result, Gunn planted 1.5 hectares of the variety in 2015 at the newly-acquired 14 hectare farm in Langrug in Elgin, close to its main 29-hectare home farm on the edge of Elgin and 11-hectare farm in Brocha in the valley, with a further 1.2 hectares being added the following year.

However the vineyard was devastated by a fire which broke out on 3 June, which also affected some of its Sauvignon Blanc vineyard as well.

The company initially tweeted that it had felt “helpless” in the wake of the fire, but confirmed that although there had been “serious damage” to the Nebbiolo, it had not sustained much damage to its other vineyards and no-one was hurt.

Gunn told db today that he has now had the chance to assess the damage to the Nebbiolo and Sauvignon Blanc vineyards.

“It was our new Nebbiolo vineyard that was the worst affected, but the fire also caused damage on the northerly side of our Sauvignon Blanc, which was badly heat damaged with the buds for the 2018 vintage showing that we won’t get shoots from those,” he told db.

He added that although the damage to the Nebbiolo buds was likely to impact the 2018 growing season, he was “cautiously optimistic” that the vines would survive due to the high wines and rain in the days following last week’s fire.

The wildfire at Langrug comes just over a year after wildfires swept through Elgin affecting around 3,000-4,000 hectares of the Western Cape winegrowing regions. Fortunately, many wineries – including Iona Vineyards – reported that there was less damage than they had initially feared. At the time of the clear-up, Gunn said there was a stage where he had resigned himself to losing all of its workers’ houses and a “substantial part” of its vineyards.

The estates, whose wines are available in selected indies in the UK, as well as across other markets, is best-known for its Sauvignon Blanc and Chardonnay, but has seen significant development of its red wine production, including Pinot Noir from the cool coastal climate of Elgin, which was first released commercially in 2011.