Chinese Customs has launched one of its biggest crackdowns on smuggled wines, a move that has led to the discovery of 490 tonnes of contraband worth a total of RMB 230 million (US$33.8 million), including about 4,000 bottles of fine wines such as first growths Lafite, Mouton Rothschild and Pomerol’s Petrus. 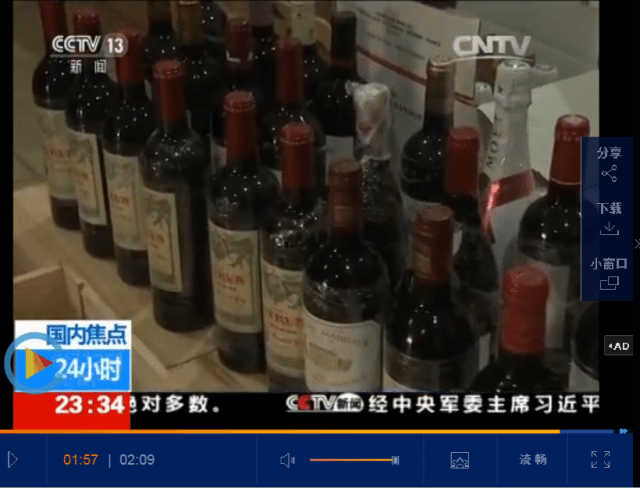 The joint operation on 12 June headed by the country’s General Administration of Customs marked the biggest operation yet in terms of scale and illegal wines confiscated as customs tightened up cross-border control in a bid to curb smuggling activities.

The case came to light after customs officials in Guangdong’s Huangpo noticed that four importing companies in Dongguan have under-reported the values for imported wines and have been funnelling smuggled wines through a few ports connecting Hong Kong/Macau to mainland China including Huangpo, Gongbei and Guangzhou.

Both Hong Kong and Macau scrapped tariffs on wines in 2008, while in mainland China, imported wines are subject to excise tax, tariff and VAT that roughly adds up to 50% of the wine’s value.

From 2011 till now, three ringleaders surnamed Sun, Luo and Zhangh have trafficked more than 210,000 bottles of wines by using a network of ‘coyotes’ or parallel traders who routinely carry tariff-free wines in Hong Kong and Macau to mainland China, according to officials from Huangpo.

Officials discovered a range of blue chip wines including different vintages of first growth Château Mouton Rothschild, Château Lafite Rothschild and 2008 Petrus (which retails about RMB 25,000 (US$3,677) a bottle in China), in a warehouse in Humen, according to a customs official interviewed by CNTV said in the video. The wines shown in the video appear to be mainly from Bordeaux with a few other brands that appeared to be Château Margaux, Château Pichon Baron and Château Calon-Segur judging by the video.

In another lead, police have discovered another four smuggling rings that have undeclared their wines and funnelled in 1,800 tonnes of wines, the report added. The case is still ongoing.

One anonymous industry insider interviewed by a Chinese media expressed some sort of relief, taking consolation in the fact that at least the smuggled wines discovered are authentic, fake wines on the same scale would have been an even worse problem.