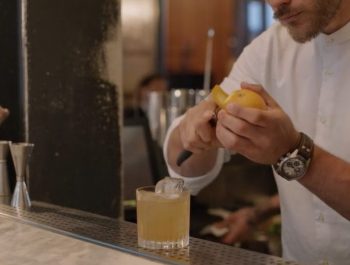 The company, which has already invested more than £50 million in drinks start-ups, including non-alcoholic spirit brand Seedlip, is establishing a new business development programme for non-alcoholic drinks, that will see it invest around £10,000 each ($12,000) in four non-alcoholic companies.

It described the category as a “budding sector” that was being embraced by trend-setting bartenders and drinks entrepreneurs across the world as it simultaneously announced a series of trend reports looking at different areas of the drinks trade, starting with the non-alcoholic category.

“The customer demand for complex, interesting non-alcoholic drinks is growing as people’s taste preferences and drinking habits change,” the company said, noting that bars and restaurants were increasingly offering their own in-house no- or low-alcohol offerings such as shrubs, drinking vinegars and kombuchas.

Dan Gasper, chief operating officer of Distill Ventures said the company prided itself on working with “the most visionary entrepreneurs in drinks world” and was always looking for brands and categories that can shape the future of the drinks industry.

“We look forward to hearing from independent entrepreneurs, be it bartenders, soft drink producers, or non-carbonated beverage makers, who are equally excited about this sector and keen to take the next step and turn their dream product into a reality,” he said.

As part of the move, it has released a short film on the possibilities within the non-alcohol drinks sector featuring Distill Ventures co-founder Frank Lampen alongside US cocktail and drinks consultants Alex Day & Devon Tarby of Proprietors LLC, Molly Kelley of Los Angeles bar and kitchen Trois Mec, Iain Griffiths, co-founder of cocktail pop-up Trash Tiki and Rory McCoy of London’s Raw Duck.