A wine decanter that promises to extend the life of an open bottle of wine by up to 12 days has been launched via the crowdfunding platform Kickstarter. 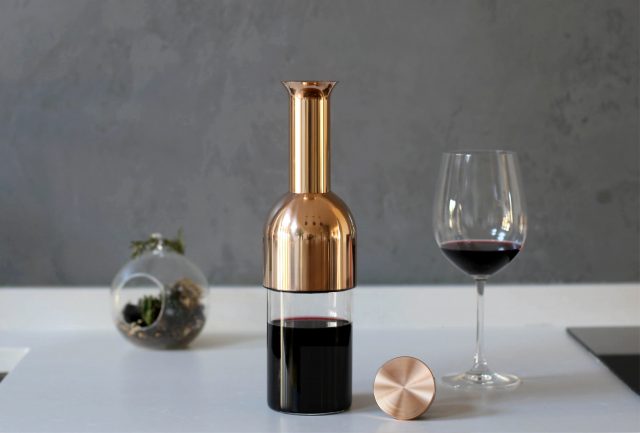 Designed by Tom Cotton, an industrial designer with 18 years experience of bringing products from concept to market, eto is a wine preservation system and decanter in one.

Cotton claims his airtight device can keep wine fresh for at least 12 days after a bottle has been opened, with laboratory tests and wine experts verifying its claims, including Tom Harrow, AKA The Wine Chap and wine director at UK retailer Honest Grapes.

“After seven days in eto there was no difference in taste to the freshly opened bottle,” he said.

The product itself works in a similar way to a caffetiere, sealing the wine in an airtight decanter, from which the wine can later be poured.

Five years in development, eto has undergone independent tests at Bangor University to prove that its unique patented seal effectively protects a wine from oxidation for weeks, outperforming other wine preservation products including a wine pump, an inert gas and a bottle with its cork replaced.

“eto looks stunning, preserves wine impeccably, and is exceptionally easy to use, store and maintain,” said Cotton. “In an era where the average household throws away two glasses of wine every week, eto offers a welcome alternative that really works.”

An estimated 50 million litres of wine are poured down the drain each year, which equates to £270 million worth of waste, according to the UK’s Waste and Resources Action Programme, Down the Drain.

The name of the decanter, eto, means ‘again’ in Welsh, a nod to Cotton’s Welsh roots, and allows you to “enjoy wine again, and again – without sacrificing either its taste or our planet”.

A Kickstarter campaign to help launch the product onto the market launched yesterday, and has already raised almost £40,000 of its £55,000 goal, required for its first manufacture run.

eto is launching on Kickstarter on Tuesday June 6th 2017 at midday, with orders expected to be fulfilled in early 2018.