One third of China’s most popular wines now imported

Around a third of China’s most popular wines are now imported from international producers, the latest research from Nielsen has found – but only six countries are represented. 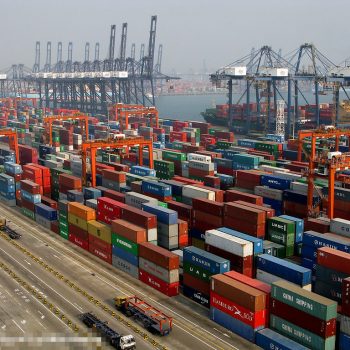 The study into the Top 100 best-selling wines in China in 2016 found that 35% of the country’s best-selling wines came from international producers, with around 65% of wines in the list being produced domestically. Of the imported wines, the six counties  represented in the top 100 wines, including France, which had 23 wines and Australia, which had nine. The US, Chile and Spain each had one wine in the list.

The study also found that red wine was the overwhelming choice among consumers, and they were more likely to choose cork closures due to the perception that it denoted a more premium quality product.

Carlos de Jesus, operational director of the InterCork program of the Portuguese Cork Association (APCOR) pointed out that wine is a popular gift for business or special occasions in China. “Consumers like to pick wines using cork stopper which are perceived as premium quality,” he said.

This also explained why 99% of the best selling wines in the list were red wines, he added, as the colour red is regarded as good luck in Chinese culture, and the symbolic colour of happiness.

De Jesus also pointed out that the price premium for cork closures was considerably higher, at around 32.8%, proving that Chinese consumers were more prepared to pay higher prices for wines with traditional closures.

“The findings clearly validate the Chinese wine consumer preference for cork and their willingness to spend as much as RMB 34.16 more on wines that feature such natural components in wine packaging, whether in domestic or imported wines,” he added.

“The fact that the cork stopper is being highly regarded by Chinese wine consumers will make a tremendous impact on setting the market trend for closures amongst the international wine export countries,” de Jesus concluded.

The Nielsen report was based on data from hypermarkets chains in 24 major cities in China, including Beijing, Shanghai, Guangzhou, Chengdu, Nanjing, Shenyang and Dalian

The annual alcohol trend research report found that market was growing less strongly than three years ago, but was in a “pick-up stage” during 2016 and seeing sales growth of +4%.

China drank around US$15.29 billion worth of wines last year, and is expected to overtake the UK to become the world’s second most valuable wine market by 2020, according to a report by Vinexpo and IWSR.

Last year it imported 638 million litres of wines worth about US$2.364 billion. The top ten importers into China can be found here