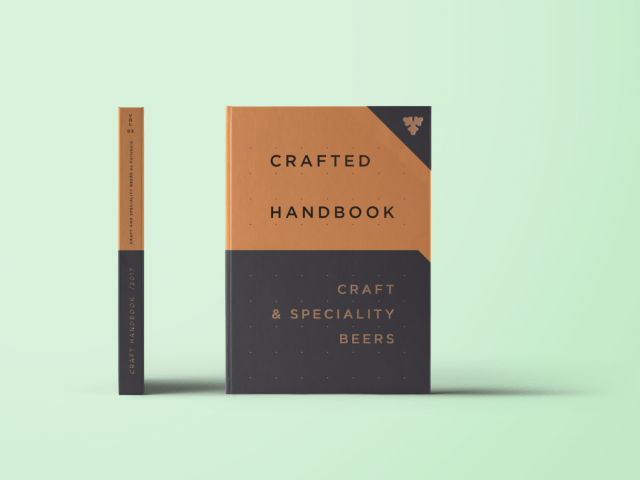 Toast Ale, launched in January 2016 on Channel 4’s Jamie Oliver and Jimmy Doherty’s Friday Night Feast, uses unsold bread from bakeries and sandwich makers to brew beer. The UK’s first ‘bread to beer’ ale, it replaces a third of the barley used in the traditional beer production process with bread, while all profits are given to Feedback, a charity that aims to eradicate food waste. It partners with other brewers including Hackney Brewery, Hambleton Brewery, Wiper & True and St Austell and was recently launched in the USA. Toast Ale was awarded a ‘special commendation’ in last year’s Green Awards, impressing the judges with its striking business concept that highlights the importance of recycling.

‘Your beer, here?’ was launched by Carlsberg UK in February to give craft brewers and importers the opportunity to have one of their brews listed in Crafted 2017. This in turn made the winning beer available to be stocked in thousands of pubs, bars and restaurants across the UK for a year.

Rob Wilson of Toast Ale, commented: “We are thrilled to have won Carlsberg UK’s first Your beer, here? competition. Although we are a relatively young company, we are ambitious and see this as a fantastic chance to share our brew and message with an established and wide network of national contacts.

“Although we have formed a strong and loyal customer base in the off-trade, we hope our new partnership with Carlsberg UK will create an opportunity for us to conquer the on-trade”.

Adrian Rigby, marketing manager for Crafted at Carlsberg UK, commented: “We are incredibly excited about the fantastic range of craft beers that make up this year’s Crafted portfolio. We are committed to developing and growing the craft beer category, which has seen huge growth in popularity over recent years.

“We couldn’t be happier that Toast Ale is the winner of our Your beer, here? competition. It’s a unique beer that embodies and reflects our values and ambition at Carlsberg UK”.