Out of the shadows: Etienne Bizot

For years, the family that runs Champagne Bollinger has kept its cards close to its chest when it comes to shining a light onto the company. But now, chairman Etienne Bizot breaks his silence and grants a rare interview to Patrick Schmitt MW. 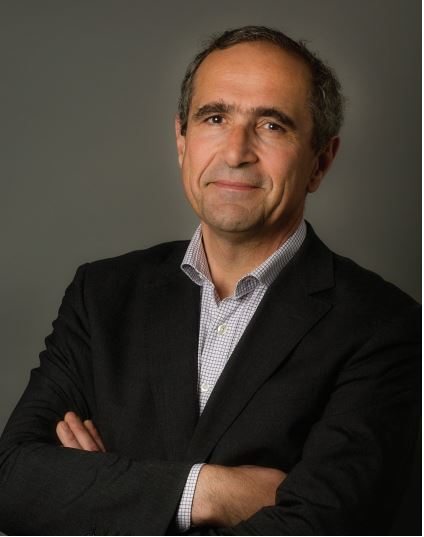 There’s nothing surprising about finding a big personality behind a prominent brand, and particularly in the Champagne industry. From the widow (Veuve) Clicquot, to ‘Champagne Charlie’ of Heidsieck, most of the major marques owe their fame to particular people.

This is true of Bollinger too, a maison skilfully managed by Lilly Bollinger until 1971, a character best known for delivering the following immortal comment about Champagne during an interview with The Daily Mail in 1961: “I drink it when I’m happy and when I’m sad.

Sometimes I drink it when I’m alone. When I have company I consider it obligatory. I trifle with it if I’m not hungry and drink it when I am. Otherwise, I never touch it – unless I’m thirsty.”

But today, the notorious characters associated with Bollinger are not from the family, but fictional. The most famous is of course British Secret Service agent James Bond, and Bollinger has featured in 14 films about the character, otherwise known as 007.

The Champagne is also renowned among British residents as the preferred tipple of Patsy Stone in UK television series and recent film Absolutely Fabulous – where the brand is referred to as Bolly, usually in connection with Russian vodka Stoli.

Vital as such associations have become for the success of Bollinger, the brand is still run and wholly owned by the Bollinger family. But, unlike Lilly, they don’t court the press. Indeed, they avoid it.

That is, until now. In a recent change of heart, great nephew of Lilly Bollinger, Etienne Bizot, new chairman of the Société Jacques Bollinger (SJB) – the holding company for Bollinger, along with Champagne Ayala, Burgundy’s Chanson, the Loire Valley’s Langlois-Château, and Cognac’s Delamain – decided to speak out about the group’s intentions to the drinks business.

Why? Because Bizot, aged 54, is part of a new generation in charge of the company, and it’s a business on the move.

Agreeing that the family is publicity-shy, he explains that this is because SJB has had nothing to broadcast. “Communication is important when you have something to say, but if you don’t have anything to say, then don’t talk.”

But it’s also because the group has been trying to reach a consensus before making closer contact with the press, and Bizot says that agreeing a new strategic direction for the company has taken time because of the number of family shareholders.

“The family really wanted to prepare the next generation to be able to talk, and now all the family is behind our project, and we are quite a big number of shareholders, but it is important to have them all behind it, and that took us time.”

> The Société Jacques Bollinger (SJB) owns Champagne houses Bollinger and Ayala, Burgundy’s Chanson, the Loire Valley’s Langlois-Château and Cognac’s Delamain.
> Etienne Bizot, great nephew of Lily Bollinger, is the new chairman of SJB, while Jérôme Philipon will become chief operating officer of the family-owned company.
> The company has a two-pronged strategy of of supporting existing SJB businesses and looking at areas outside the company’s existing sphere of influence.
> Long-term vision is important for the company: it refuses to jump onto what it sees as mere fads, preferring, as with rosé, to determine whether its popularity is a trend before committing to it.

Bizot’s ‘project’ refers to the group’s aim to expand, funded by the success of its properties, and helped by a new management structure that sees Bizot placed in charge of developing SJB “externally”, while a new role is created for looking after existing brands and distribution companies – Mentzendorff in the UK and Bollinger Diffusion in France.

So, from 1 January this year, Bizot became chairman of SJB, replacing another Bollinger family member, Jean-Marc Courau, who is 67 and has been chairman of SJB for five years.

Meanwhile, president of Champagne Bollinger, Jérôme Philipon, will move up to the role of chief operating officer at SJB.

The promotion makes Philipon the first person outside the Bollinger family to take such a senior position, having also been the only non-family figure in the Champagne house’s history to preside over Bollinger when he was brought in to manage the brand in 2008 from CocaCola Enterprises.

It also means that Philipon will relocate from Reims to Paris, where SJB is based, to work as closely as possible with Bizot – something that will happen around September this year, by which time SJB will have found a new president for Bollinger.

What’s important about replacing Courau with two senior figures – even if Bizot is the more senior of the pair – is that it allows Bizot to concentrate on taking SJB in new directions, while Philipon steers the existing operations.

Bizot explains: “With Jerome helping me manage SJB, I can really focus on developing the business,” he says, before stating, “and that could be buying more vineyards in Burgundy [for Chanson], or acquiring them in other regions – the idea is there… the shareholders want us to go outside the existing borders of our group.”

Although he won’t be drawn on where Bollinger might want to be present in the future, he does say: “I know exactly where I want us to go,” reiterating that it’s a two-pronged strategy of supporting existing SJB businesses and looking at areas outside the group’s existing sphere of influence, which could include estates beyond France.

Indeed, SJB was shareholder in Australia’s Petaluma from 1984 until 2001, when it was bought by Lion Nathan, who made “an offer for Petaluma that no single shareholder could refuse”, recalls Bizot. Already this year SJB has been expansive.

In January it acquired 18 hectares in Sancerre to “support the development of Langlois-Château in the Loire Valley” – a property now with 91ha in total, more than one third of which are located in Sancerre.

The group has also taken a majority shareholding in Delamain Cognac (it has been a minority shareholder for the past 23 years), while it continues to acquire “1-2 hectares of vineyards in Champagne every year for Bollinger”.

It has also appointed a new director general at Chanson – Vincent Avenel from Domaine Faiveley. Bizot says: “Because we have recently acquired the vineyards in Sancerre, and the majority shareholding of Delamain, and we are developing our existing brands, the board has accepted the proposal that Jérôme will come next to me to handle the existing businesses and I will handle the external growth… half of my time was spent managing the operation of the existing business, and I realised that I need to manage the external growth full time.”

What sort of property would confirm to the ideals of ‘the project’? Bizot says there are “five main values defined by our family”.

“One is terroir – every project will be around terroir,” he says, citing the company’s land in Champagne (Bollinger owns 170ha in Champagne, giving the house approximately 70% of its supply for an annual production of around 3 million bottles), as well as Burgundy and the Loire, while noting that Delamain’s extensive historic stocks are this brand’s “terroir”.

The second is “excellence”, “and that means for me that we must try to find the best way to take the best out of our vineyards”.

The third value is to be “international”; “We are here to spread our wines around the world and 85% of the value of our business is from sales outside of France,” he says, before adding: “I don’t talk about volume, I don’t know what it means.” Then, there is “long-term vision”.

This means that decisions will be taken for the lasting development of the company, and not to capitalise on fads. For example, Bizot says that Bollinger didn’t launch a NV rosé until 2008, when it was sure that pink fizz was “really a trend, and not just fashion”.

Finally, he says that any developments must not threaten the family-owned status of SJB. “Our family is very cautious about remaining independent; we are a 188-year-old business run by the same family.

We will be 200 years old in 2029, and any kind of project will link to that.” So, summing up, he says that SJB wants to connect to terroir, focus on excellence, ship outside France, remain independent, and keep a longterm vision: “The pillars of the project are clear.”

At the moment, Bizot also says that he is “pleased and proud” that SJB is “doing well”. “Bollinger is doing well, Ayala is doing well, Chanson is doing well – although we need to develop awareness – 38 Although he won’t be drawn on where Bollinger might want to be present in the future, and Langlois-Château has never performed as well as it doing now.”

However, he does admit that there are challenges, noting for example the “price position of our brands – we are trying to sell Cremant de Loire for two times the average price – and we have big problems with the harvest in Burgundy: 2016 is the fourth consecutive year with half a harvest, which is a cost, because you can’t just increase the price because of the hail.” And there are questions about the group that he asks himself rhetorically.

“How can we use more digital in our business? How can we help our customers sell our wines? And how can we improve the hospitality for the customer who comes to visit Bollinger?” Although he won’t give any indication of where the group might invest, he says that it wouldn’t be a business outside wine or spirits, although he includes within this the possibility of developing oenotourism – something he admits SJB is considering doing at Bollinger.

This is a private family, and a risk-averse group – “any level of debt for us is too big, we prefer always to be cash-positive” – and, although Bizot refrains from explicitly stating it, the message is clear: SJB is primed for significant expansion through acquisitions.

Finally, warning that this interview is a rarity, he says: “I’m not going to talk [to the press] very often, but I want to inform the trade that the Bollinger family is here, it is on board, and it is behind the project.”

In other words, SJB is ploughing money into its existing businesses, while looking to expand into new areas. Where it will invest is not clear, and Bizot isn’t giving anything away. As for when, that too is a secret.

However, while it’s blatant that Bizot is in no rush, it’s also apparent that everything is now in place for turning this business into a bigger operation. Or, as Bizot says: “The Bollinger family is ready to face new challenges.” In other words: watch this space.