Nicolás Catena Zapata, the patriarch of Argentina’s Catena Zapata, believes that the era of innovation through technology-driven winemaking is over, upended by pursuit of terroir. 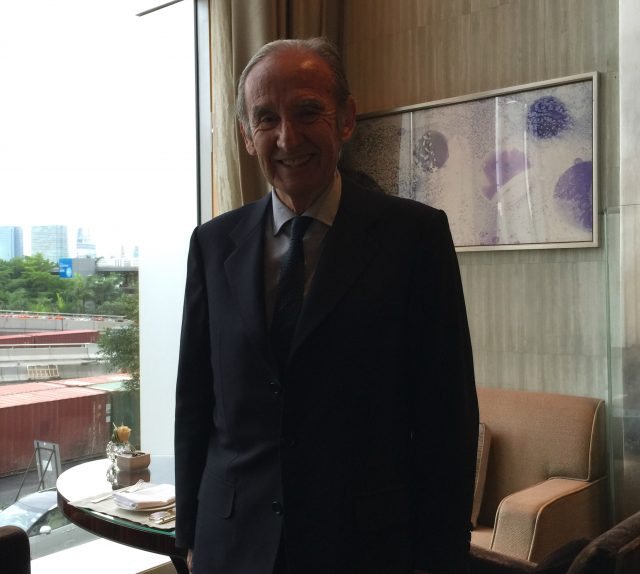 “Winemaking technology has been globalised and today everybody knows everything. I think that the topic of innovation through technology is finished. Today the topic is terroir, that’s my absolute belief,” the dynamic winemaker declared when speaking to dbHK during his recent trip to Hong Kong.

“We have lived through two periods – technology, or human factor period, but after that, if you want to improve your wine, you have to discover terroir, your vineyards, the parcels in the vineyards,” he continued, something that the winemaker has learned from his peers in Bordeaux and Burgundy.

Recalling his personal experience when first visiting California in 1982, he observed first-hand the new wave of technological innovations that were sweeping through Californian wineries at the time.

“When I went there in Napa, I discovered something new, something very attractive, and it was something I call the technological change at the winery and the vineyard,” he elaborated, impressed by what he had seen at Robert Mondavi winery at the time, which was at the forefront of this change.

Upon his trip home, he hired winemakers from California and France to improve his wines at Gualtallary in the Uco Valley in Mendoza. The result is what he called a “new wine” that was in stark contrast to the more oxidised styles that were popular in Argentina and neighbouring Chile at the time.

Emboldened to make fresher and well-crafted wines, the winemaker decided to get rid of all winemaking facilities related to cheaper wine production in the early 1980s.

In 1993, and determined to find cooler sites to make red wines, Zapata decided to plant grapes at 1,500 metres above sea level, where temperatures are lower, humidity is higher and sunlight intensity is stronger. And the idea of quality is further explored in relation to terroir, a subject that has firmly captured the attention of Zapata’s daughter Laura Catena, a trained biologist who graduated from Harvard University.

Commenting on the first harvest from grapes grown at the high-altitude site, he said, “It was something completely different from what we had known to that point. It was a different flavour and it was for me and my daughter much more attractive. A lot of characteristics, much better than the wines we were producing up till that moment, particularly with the varietal Malbec.”

This encouraged Laura to study the site’s microclimate, soil composition including its chemical composition and microbiological organisms, he said, leading them to identify 11 different lots that are mainly producing Malbec and Chardonnay today.

Malbec, its flagship wine, when grown at higher altitude at its Adrianna Vineyard, is believed to have taken on softer tannins without losing its fruit concentration, Zapata added.

“It’s important to say that this high altitude viticulture produces something different – either you like it or not – particularly with the two varieties, Malbec and Chardonnay, and some Pinot Noir, but we are not specialising in Pinot. It produces something very different that we don’t yet understand.” he confessed.

Drawing comparisons with other high altitude regions, the winemaker referred to LVMH’s Chinese wine Ao Yun, a Cabernet blend produced from vineyards located between 2,200 and 2,600 metres above sea level in the Shangri-la region in southwestern Yunnan province. Instead of focusing on Cabernet, he suggested that Argentine Malbec could be the next grape variety shoring up interest for quality wine producing in China.

“They can plant one hectare of Argentine Malbec. It’s just an experiment to see how it goes,” he stated.

In terms of Argentina’s exports, Zapata knows that Chile is its chief competitor, a rivalry that has grown over time in markets such as the US and UK and even more fiercely in today’s Asia, where Chile has stolen a march through Free Trade Agreements with countries like China.