A clear chronology and transitional phase for the Brexit negotiations is likely to result in a better outcome for the drinks industry than a rushed timeframe, however the WSTA has warned that it is European ‘politics’ that could get in the way. 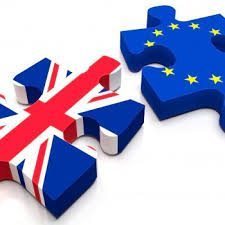 “If [the deal] is economically rational, it will be a good outcome, but politics is the thing that could screw it up,” the chief executive of the WSTA Miles Beale told db in a recent interview, warning that while the industry had been clear on its goals, the looming threat of “ensuring the UK gets a bloody nose” could undermine more rational arguments.

Beale notes that there has been considerable behind the scenes progress since last September, when former Europe Minister Francis Maude commented that Whitehall was “in chaos” over Brexit.

A clear chronology now exists that is not only enabling the trade body to plan effectively, but also to start talks.

“There has been a chance in that government is beginning to click into gear – so while not much has happened, you now have the new departments that will be needed to support minister for Brexit negotiation,” he argues. “It is clear that departments now exist to deal with the Brexit divorce negotiations and European and FTA agreements (hopefully we’ll get one), whereas Liam Fox’s department will look at future FTA deals once that has happened.”

“So it is chronologically clear in policy terms as to who is doing what, and that enables us to go in and see them,” he said.

“Some of the politics is becoming clear bit a bit of the UK and EU politics looks rather different. And there will be no meaningful negotiations until after the October elections in Germany,” he said.

Beale argues that the upcoming general election in the UK is the sensible route of a pragmatic politician, and one that may enable Theresa May – if she is re-elected with a stronger majority, as expected – to press for a more conciliatory tone for the negotiations.

“What has become clear is that she is not able or the European Council-led but Europe Council negotiations will not talk about FTA until a divorce settlement is done so can’t get everything done in two years. The transitional arrangements that we’ve been asking for ages including in the white paper is absolutely the route Theresa May recognises she will have to go down. Because it will probably be more than two years, her having a mandate that is exclusively hers, rather than inherited and that lasts until 2020 is a distinct advantage.”

The WSTA is working on the realistic time-frame for free trade agreements with third nations being  likely to take around 5-10 years.

“The first FTA we have to worry about is one with the EU – we always suspected that [the process] would take longer than two years, and we now have a pretty good indication from the Euro side and the May government that you won’t get anything other than the divorce settlement done in two years, then we move into transitional arrangement which we would support and at the end of that, a European FTA. That feels like a more sensible process, and timetable, even if its not defined.”

In the meantime, getting an agreement in principle of FTAs would “go a long way” to hastening later third party trade deals, he said.