A new report has shown the UK is leading the European market in online booze sales, with more than three time as many consumers buying online than the global average. 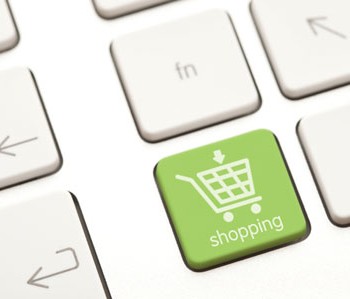 The report, from global e-commerce analytics firm Profitero, in conjunction with Nielsen, showed that around 21% of UK consumers had brought alcohol online, behind only China (27%) and Japan (22%). This compares to a global average of around 8%, according to Nielsen’s Global Connected Commerce study in September 2016, which surveyed more than 30,000 respondents with online access in 63 countries.

“This makes alcoholic beverages one of the least-shopped categories in e-commerce, but one with tremendous potential”, the report pointed out.

Profitero SVP of global strategy, and the author of the report, Keith Anderson said the demand for online drinks was increasing. “Already, there’s a large opportunity for brands and it’s growing at pace,” Anderson said. “Many signs point to a consumer clearly ready to shop for alcohol online and sales growth via the web is inevitable.”

Anderson added that retailers, brands and technology companies were increasingly exploring and experimenting with online platforms and delivery mechanisms to make buying alcohol online easier. “Liquor brands have plenty of opportunity to influence shopper behaviour and engage with online retailers and technology platforms,” he said.

According to the report, growth was being driven by six factors, including the expansion of retailer click-and-collect and home delivery services, which was prompting migration form in-store to online sales as well as the convenience and ease of choosing wine online compared to in a retailer’s wall of wine. Other factors noted were the emergence of new online buying platforms such as Deliveroo, or the “Etsy of craft beer”,startup EeBria, the growth of challenger brands with a large digital presence, the coming of age of tech-savvy millennials who are used to buying online, and the proliferation of “drink-worthy ‘events’” such as awards, driven by TV and social media.

The report noted how the early adoption of click and collect by the retailers had accelerated adoption of e-commerce in the UK, particularly in contrast to the US model, where consumers are less able to buy alcohol as part of their grocery shop and the three-tier model which acts as a barrier for the category.  It noted Pernod Ricard’s online sales in the UK, at 5% compared to  2% globally, fuelled by its collaboration with Amazon, Asda and Tesco to push digital sales.

Amazon UK was also noted as a growing platform for craft beers and wine, which was becoming an area “to watch”.  For example it highlighted BrewDog’s success in owning nine products on Amazon UK’s Top 100 Beer Best Sellers list in January 2017, and its domination of competitive labels by a “fairly wide margin”, with five items each for fellow craft brew Beer Hawk and big brands Heineken and Stella Artois made Amazon UK’s Best sellers list. “US beer brands should take heed with BrewDog establishing a US beachhead in Columbus, OH in 2016. The craft beer brand’s success selling through Amazon UK is one to watch, especially if – or more likely when – the US market becomes more open to peddling alcohol online,” it said.