Empire of Booze by Henry Jeffreys 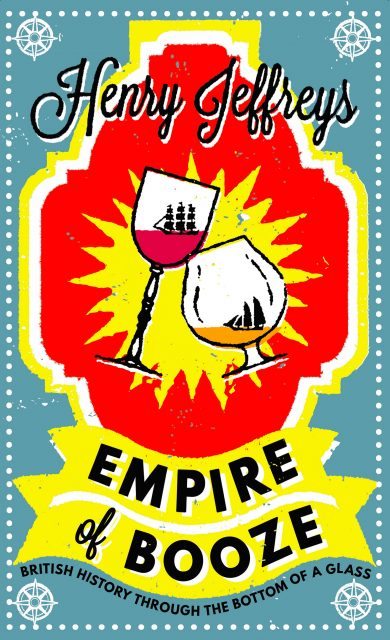 Witty drinks hack Henry Jeffreys charts the history of Britain through the bottom of a glass in his debut tome, Empire of Booze. His rich history of Britain and the Empire is told through improbable but true stories of how the world’s favourite drinks came to be, with each chapter unveiling a drink that originated during a period in British imperial history.

A former Oddbins employee and wine columnist for The Lady magazine, Jeffreys highlights how Champagne owes a lot to 17th century methods for making sparkling cider; how Madeira and India Pale Ale become popular for their ability to withstand the long, hot journeys to Britain’s burgeoning overseas empire; and why whisky became a favourite of weary Empire builders who longed for a taste of home.

The trivia filled Empire of Booze traces the impact of alcohol on British culture and society, literature, science, philosophy and even religion. Cork Dork promises to take us on a wine-fueled adventure taking in obsessive sommeliers, big bottle hunters and rogue scientists. Written by tech journalist Bianca Bosker, who knew little about wine until she plunged head first into it.

Astounded by sommeliers’ seemingly superhuman sensory powers, she set out to uncover what drove their obsession, and whether she too could become a cork dork.

With curiosity, humour, and a healthy dose of skepticism, Bosker takes the reader inside underground tasting groups, exclusive New York City restaurants, California mass-market wine factories, and a neuroscientist’s MRI machine as she attempts to find out why wine makes so many people doolally with passion.

Cork Dork doesn’t just examine what’s in the glass; it explores the idea of looking at the world in a new way through the prism of wine. 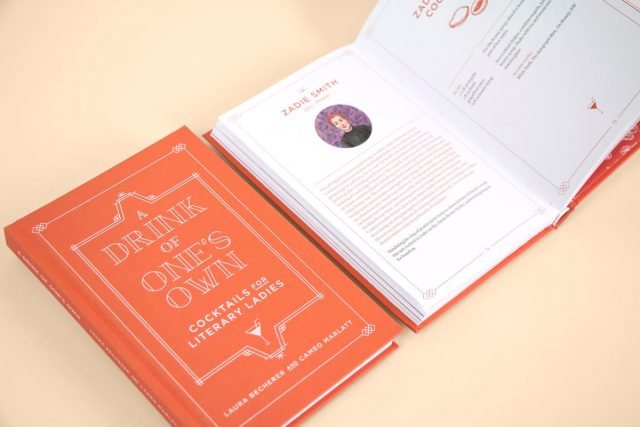 Keen to celebrate female literary greats of past and present, creative writing students Laura Becherer and Cameo Marlatt created a cocktail book featuring 50 recipes inspired by famous female writers from around the world.

From Jane Austen to JK Rowling, A Drink of One’s Own charts the lives of these influential women and features a cocktail recipe alongside their biography designed to be made at home.

The idea for the book came about one night when Becherer and Marlatt were drinking at their regular haunt in Glasgow and discussing how history has misrepresented writers like Zelda Fitzgerald and Mary Shelley, who still dwell in the shadows of their husbands’ success.

“Drinking culture is especially linked to male writers like Ernest Hemingway and F. Scott Fitzgerald – women have historically been pushed away from the realm as a whole,” Becherer says.

Club of Nine by Andy Katz and Jane Anson 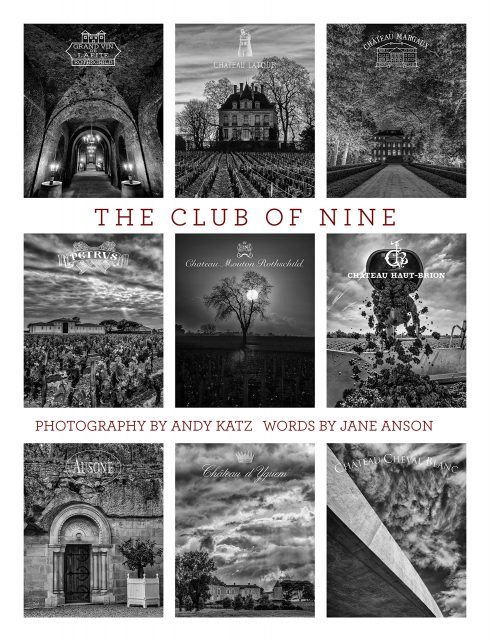 To accompany Katz’ stunning shots, British-born Bordeaux buff Jane Anson charts the history of each of the nine estates and how they rose to prominence over the centuries.

The Lafite chapter looks at the process of blending one of the most eagerly awaited wines in the world, while the Mouton pages explore how its terroir might have been the birthplace of Cabernet Sauvignon, and the Ausone chapter looks at the crucial role of its limestone cellars for both its wines and the growth of Saint Emilion in general.

Mixing in the Right Circles by Brian Silva 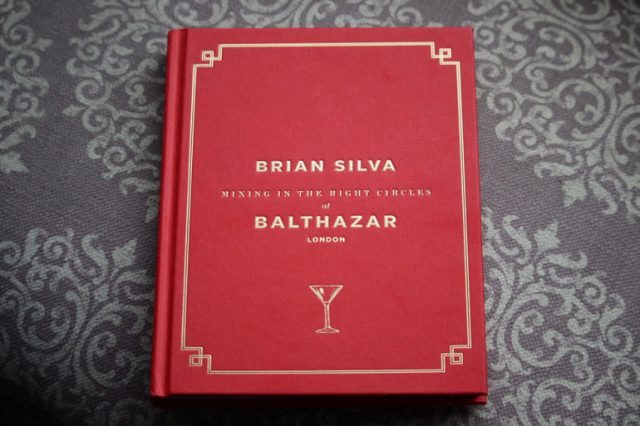 Cocktail maestro Brian Silva, a legend on the London circuit currently found behind the bar at Bathazar in Covent Garden, has penned a tome about his time in the trade. Mixing in the Right Circles shines a light on the classic cocktails Silva specialises in, and how, with the right spirits, shaker, glassware and garnishes, they can be recreated at home.

Silva also tells stories about the drinks that have bought him joy over the years. Each of the chapters focuses on a different style of cocktail, from Martinis and Margaritas to sours, sparkling cocktails and after dinner drinks, charting the history of each.

Having worked in the drinks industry for 30 years, including head bartender stints at The Connaught and Rules – London’s oldest restaurant – Silver’s book is full of amusing anecdotes. “I’ve always believed that the first duty of a good cocktail maker is to make balanced drinks,” he says.

Rosé All Day by Katherine Cole 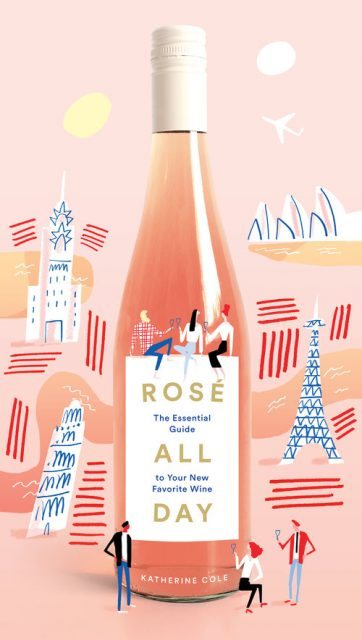 Having once been dismissed as nothing more than a girly summer drink, over the last few years rosé has grown to become serious business. So much so that last year saw the rise of ‘frosé’ – a frozen rosé slushy created in New York that soon swept the globe, and the brosé phenomenon – a new male fan base for the pink wine.

The timing is ripe then for a book on the subject. Enter Rosé All Day by Katherine Cole, which touts itself as “an essential guide to your new favourite wine”, and charts the history of pink wine through the ages from King Louis XII to Brad Pitt and Angelina Jolie’s wildly popular Provençal pink Miraval. Organised by region, each chapter explores the rosé offerings around the world, from France, Italy and Spain to Corsica, Morocco and the USA.

The book includes food pairing and quirky illustrations, including a rather dodgy rendering of Brad Pitt. 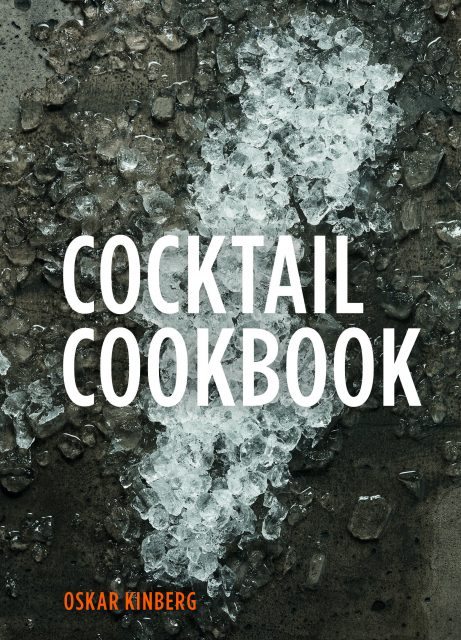 Reflecting the trend for mixologists taking more of a culinary approach to cocktails, co-owner of Dabbous, Oskar Kinberg, has released a Cocktail Cookbook that groups recipes via a single ingredient.

From apples and cucumbers to pine, pea shoots, honey and coconut, the tome has the look and feel of a cookbook, highlighting how far the lines have blurred between food and drink and how heavily the two now borrow from one another.

While some of the cocktails feature complex ingredients, from nettle cordial to olive oil infused gin, Kinberg’s 75 recipes are easy to follow, making it possible for cocktail lovers to make bar-grade drinks at home.

Many of the cocktail names will please pun lovers – we particularly like the sound of the Basil Fawlty, Better Safe than Sorrel, Tequila Mockingbird, Currant Affairs, Shiso Fine and the Grape Gatsby.

“With a little care and sourcing in the kitchen you can make your house party a memorable one. Each cocktail has a personal memory associated with it and hopefully the reader can attach their own to them too,” says Kinberg,” who will run Oskar’s Bar in the basement of the Michelin-starred Dabbous in Fitzrovia until it shuts its doors in June. 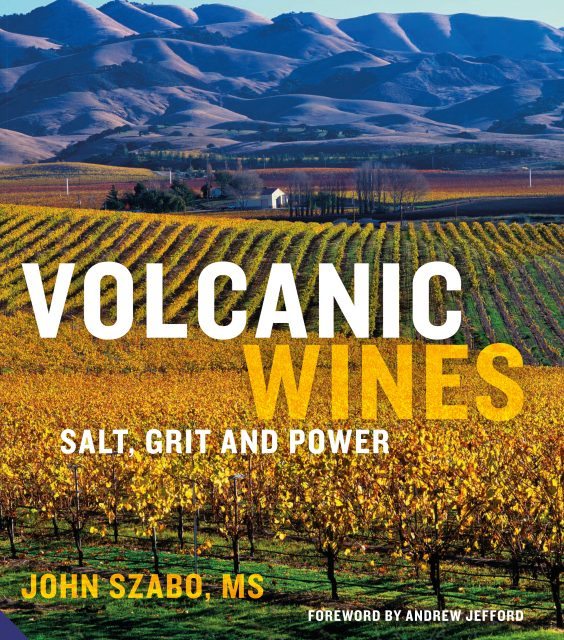 The winner of this year’s André Simon drinks book award, Volcanic Wines tackles the hot topic of whether volcanic soils create wines with a distinct imprint regardless of the region or grape. Szabo takes volcanic soil as a starting point to explore the key volcanic wine regions of the world, touching on geology and the correlation between soil type and wine composition.

His words are accompanied by beautiful images of sweeping vineyard vistas, alongside maps and wine labels to bring the story to life.

In addition to charting how volcanoes are formed and providing a glossary of volcanic and geological terms, Szabo focuses on eight distinct geographic regions of the world: the Pacific Northwest, Northern California, Chile, Macaronesia, Alsace and Germany, Italy, Santorini and Hungary.

The book launch comes as interest in volcanic wines continues to grow, not just among wine trade professionals but also among consumers.

Volcanic Wines is a well-researched resource on the history, unique characteristics, wine styles and most celebrated producers in each volcanic region. Anecdotal information helps to humanise the journey, with Szabo writing in eloquent but accessible prose.

A Spot at the Bar by Michael Madrusan and Zara Young 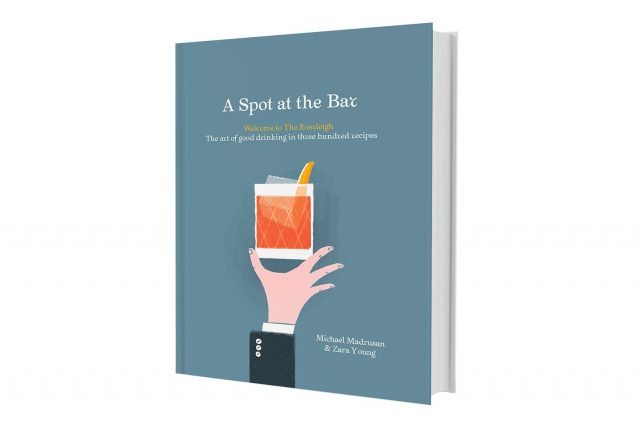 This cocktail tome from celebrated bartender Michael Madrusen, who learnt the tricks of the trade under the late, great Sasha Petraske of Milk & Honey, aims to turn cocktail novices into seasoned shakers.

Offering advice on how to best stock up your drinks cabinet to the essential tools of the trade via choosing the perfect garnish, the book is filled with useful tips making it easy to tackle twists classic cocktails at home.

Currently found at The Everleigh in Melbourne, Madrusen has split the book into bite-sized chapters taking in aperitivo hour, savoury drinks, digestifs, nightcaps and even how to deal with a sore head the morning after.

The coffee table book features 300 cocktail recipes and glossy photos from The Everleigh that hark back to the golden era of sophisticated sips.

A Field Guide to Whisky by Hans Offringa 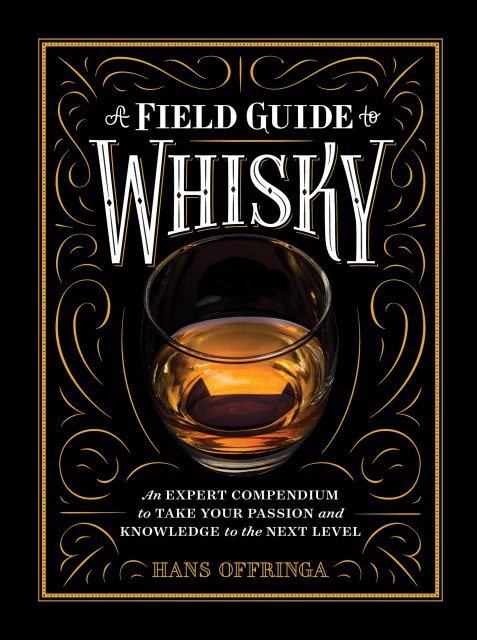 Touted as “a must” for all whisky lovers, this book is a one-stop guide with hundreds of insider tips and trivia for the whisky connoisseur. Written by whisky expert Hans Offring, the hardback explores the spirit’s base ingredients, how it’s made, the difference between malt, scotch, Bourbon and rye, how whisky gets its flavour, whisky trends around the world and which big name brands deserve their reputation.

Its black and gold cover bears a striking resemblance to Tennessee whiskey brand Jack Daniel’s and contains a chapter dedicated to the man behind the brand and his legacy. Hoping to make an expert out of amateur enthusiasts, the beautifully bound tome features an array of glossy colour images, maps, and tips on the best bars to find a damn fine dram.