Champagne Taittinger is investing as much as €60 million in a new production site on the outskirts of Reims. 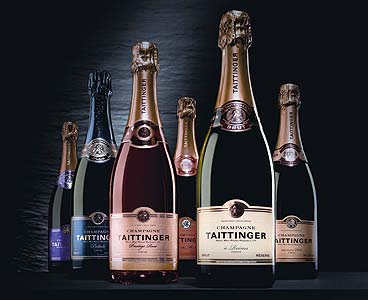 According to managing director of the house, Damien Le Sueur, the facility will make it easier for lorries to get in and out of the area, while providing Taittinger with better quality winemaking tools.

In particular, he said during a discussion with the drinks business earlier this year that the new facility – which will eventually replace its current winemaking site near the centre of Reims – would help augment the precision of the blending process, as the purpose-built place would contain “lots of new smaller vats”.

Taittinger’s decision to make a substantial investment in Champagne production follows a similar move by a number of other major houses.

Indeed, huge sums have either been recently spent or are being committed to updating production facilities at major-volume maisons such as Lanson, Taittinger, Moët and Veuve Clicquot, as well as smaller but equally high-profile brands such as Bollinger, Pol Roger and Roederer.

For example, it has been said that Veuve Clicquot may be spending as much as €300 million on a new production site, while Moët & Chandon is believed to have invested more than €100m since 2011 on expanding and upgrading its winemaking operations, primarily on a 100,000 hectolitre expansion project at its press facility in Oiry.

Whereas once the discussion in Champagne centred on the monies being spent on land, now the investment news appears focused on the enlargement and enhancement of production and storage facilities.

Confirming this development during a discussion with the drinks business earlier this year, Jean-Marie Barillère, president of the Union des Maisons de Champagne, commented, “The difference between what we are seeing now compared with the previous 10 years [in Champagne] is that the investment in production facilities is much more; I’ve never seen so much.”

Continuing, he said that this was a positive move for improving the quality of Champagne, and, as a result, the price at which it can be sold.

“This is good, because if we want to add value then we need to increase the quality of the wine; it is the right direction for value creation,” he said of such investment.

While the funds being spent on new facilities are motivated by a need to improve winemaking equipment and make efficiency savings, such investment is also, in many cases, due to a requirement to expand and update wine-storage facilities, as major brut non-vintage Champagne brands increase the amount of wine held in reserve. Indeed, if a quality-minded maison contained around 15% reserve wines in its Brut NV 20 years ago, today, it is common for the same blend to contain double that proportion, or more.

Meanwhile, speaking about last year’s sales performance for Taittinger, Le Sueur described 2016 as the brand’s “highest ever for value,” but slightly down on 2015, which was a record in terms of volume.

“If we lost some volume it was because we decided to say ‘no’ to some groups in Europe who wanted to decrease the price at which they buy Champagne,” he explained. “It is important for us and the whole of Champagne to create value, and I’m a bit disappointed that after we said ‘no’, these groups found other Champagnes at that price.”

“If we had accepted those prices then 2016 would have been our best year in volume and value, but our aim is create value with each bottle we sell.”

For more on sales developments in Champagne, and, in particular, investment trends in the region, see The Drinks Business Champagne Report, which will be mailed with the May edition of the magazine – out next month.