Majestic Retail boss to step down

Majestic Retail boss John Colley is to step down from the specialist retailer, the company announced this morning. 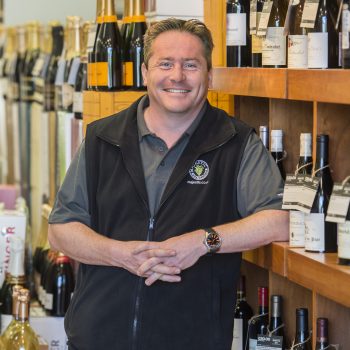 Colley, who took on the role of managing director at the company’s retail arm in October 2015, is set to become CEO of craft retailer Hobbycraft in a move that will allow him to be nearer his family. His role at Majestic will be assumed by Group CEO, Rowan Gormley.

Colley has been credited with playing a key part in the turnaround of Majestic Retail, streamlining processes and making it more professional in its outlook, and Gormley said he left with the company’s best wishes, and “our heartfelt thanks for the hard work, dedication and expertise he has given us” in getting Majestic “back on its feet.”

“For the first time in many years Majestic is organically growing sales and our job is now to accelerate that by building our customer base through loyalty. This is exactly what gets me excited and what I love doing so it’s a perfect time for me to get more involved,” he added.

Shore Capital analyst Phil Carrol described the news as a “significant loss” to Majestic’s talent pool as Colley had clearly had an impact on the business during his tenure.  “This is seen not only in the strong like-for-like sales performance during his tenure but also how he has presented in the analyst presentations and the change he has instilled during the period,” he explained. He added that Colley had put “required building blocks in place”, making the retail business “much more fit for purpose” going forward.

Colley, who has twenty years retail experience outside the wine industry, joined the business in October from Dutch DIY chain Praxis Netherlands, where he was CEO with responsibility for 135 stores across the Netherlands. He previously worked for Kingfisher, and DIY and gardening chain B&Q as marketing director, as well as being commercial director at trade tools and hardware warehouse retailer, Screwfix.

During his time at Majestic, he was instrumental in a major overhaul of the retail stores and online business, concentrating on refitting stores to make them easier for consumers to shop in and managers to stock, as well as re-ranging them to make the more appropriate for the customer demographic. Majestic also added a new series of personalised tasting events for customers, and boosted its online ambition with next day and timed delivery after the opening a new national fulfilment centre.  The range was also revamped, removing duplication and reviving its commitment to exclusive parcels of wine last summer by stocking a revolving series of exclusive, one-off parcels.  Earlier this month Majestic unveiled its first entry level wine range, selling for £5.99.

Colley described Majestic’s job to db as “helping customers discover and buy wines they are going to love, and on top of that is also to help and educate the customer. That is our mission.”

In November, the company reinstated its dividend as a sign of confidence in its ability to deliver its £500m annual sales goal by 2019, claiming to be at the tipping point of returning its £4.4 million loss back into profit, after disappointment from its US Naked Wines business and its commercial arm, prompted the company to lower its profit expectation. However Gormley said the company that it had already completed a “step change” in fixed cost growth. The company later reported the biggest Christmas for its retail business, with sales up 15% across the group, although but stiff competition on price saw gross margin down by 1% on the previous year.