Diageo is set to move the bottling of some white spirits from Scotland to Italy and the US with the loss of 100 jobs in Scotland. 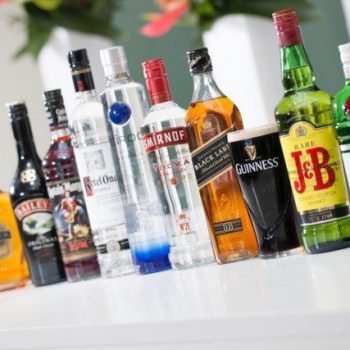 The global drinks company today confirmed to workers and trade unions that 70 jobs would be lost at the Leven plant in Fife and 35 to go at it bottling plant in Shieldhall outside Glasgow, when it moves spirits bottling to its factory in Santa Vittoria D’Alba (a former Cinzano factory) and the US.

A Diageo spokesperson said the review of the spirits bottling footprint came after the disposal of its wine business and the end of its wine bottling contracts, but said it remained committed to its three spirit bottling sites in Europe.

“We have reviewed our spirits bottling footprint to ensure we not only deliver leading performance for both our domestic and export supply chains around the world, but also to strengthen our business for the future. Regrettably, these changes may impact some roles in our European bottling plants towards the end of the year and we will now enter a period of consultation with our employees and their representatives to discuss the proposals in more detail,” they said. “We are committed to our three spirits bottling sites in Europe – two in Scotland and one in Italy.”

“The outcomes of this review will ensure we have the flexibility to respond to increased competition and external volatility, alongside testing and building the capability we need across our global supply chain to grow our brands.”

“The review of our sourcing footprint is both for the processing and the bottling of spirits in Europe. Smirnoff will be impacted but not Gordon’s.”

However trade union GMB Scotland called it a “gross betrayal” of the Scottish workers who had contributed “significantly” to Diageo’s success and the “massive economic dividend our economy receives from whisky and white spirits manufacturing”, and blamed the decision on Brexit.

GMB Scotland organiser Louise Gilmour accused Diageo of “hedging its bets over Brexit” and added that the cuts highlighted how the UK government had “been asleep at the wheel over Brexit” and its impact on UK workers.

“Instead of listening to the real concerns of working people and acting on them, the Tories are off on the election trail asking voters to back them over Brexit but the harsh realities of the decision to withdraw from the EU are already taking hold,” Gilmour said in a statement.

Although Diageo’s chief executive Ivan Menezes had made made it plain before the Brexit referendum that he wanted Britain to remain a member of the European Union, a month after the vote he insisted that Brexit was “not a big deal” for Diageo, as there would be benefits if the transition was approached in the right way.

Speaking at a roundtable earlier in January, Menezes said the company had been getting “tremendous support” from Prime Minister Theresa May in the wake of Brexit referendum, and it was keen to open up new export markets and create conditions for the Scotch industry to thrive. He added that the goal of the company was to create more resilience in its performance.