The Institute of Masters of Wine and the drinks business are delighted to announce Eben Sadie, of South Africa’s Sadie Family Wines, as the winner of the 2017 Winemakers’ Winemaker Award. 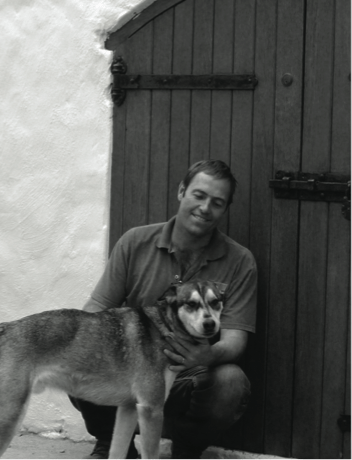 The honour, which has been given annually since 2011, recognises outstanding achievement in the field of winemaking and is chosen by a panel of winemaking peers that comprise all Masters of Wine who are winemakers, and the award’s past winners.

Receiving the award at a ceremony held at ProWein tonight in front of Masters of Wine and industry professionals, Sadie said: “It is a major honour to be receiving this award and I would like to dedicate this to the great team of people I have by my side that have helped me over the years to grow closer to a dream. For a great wine is not the work of one.”

Eben graduated from Elsenburg College, Stellenbosch in 1994, and worked various harvests in Germany, Spain, France, United States and South Africa. He ventured out on his own in 2000 to pursue his passion for blends and terroir in his Swartland home.

From what Eben describes as a ‘little shack’ in the Paardeberg, he began creating The Sadie Family Wines’ two signature wines – Columella (a red blend of Syrah, Mourvedre, Grenache, Cinsault, Carignan and Tinta barocca) and Palladius (a white blend of Chenin Blanc, Grenache Blanc, Viognier, Marsanne, Roussanne, Semillon, Clairette, Verdellho and others).

Jane Masters MW, chairman of the Institute of Masters of Wine said: “Eben’s determined search to produce outstanding wines has put Swartland and South Africa on the map. I am delighted that the Master of Wine Winemakers have rewarded his dedication and talent – it’s truly well deserved.”