Out as early as James Suckling’s scores, Sauternes estate Château Guiraud has released its 2016 wine en primeur, with no price change on the 2015 vintage, so that buyers will already know the price of the wine when tasting it. 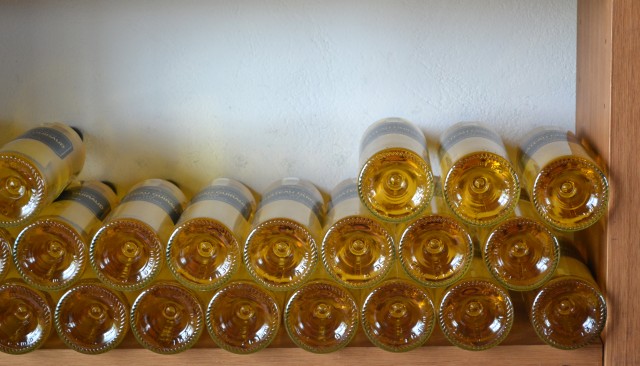 Guiraud was released this morning at €30 per bottle ex-négociant, the same price it has been offered for over the past few campaigns.

The Sauternes producers have taken to releasing their wines in advance of the more sought-after reds in order to give them a bit more visibility but to have released before most merchants and critics have even been to Bordeaux to taste the wines is highly unusual.

Responding to the drinks business, Château Guiraud issued a short statement in which it explained the early release was to allow buyers and critics to taste and judge the wine already knowing its price.

The statement said: “With this early release, we intend to let all professionals taste and enjoy the 2016 Château Guiraud with an appropriate idea about its price.”

Although there have been some hints as to the quality of the year from producers in the Médoc and on the Right Bank, the noise around the vintage growing louder in recent weeks, there still remains very little written about the too-often forgotten sweet wines.

The harvest report from Château Climens suggests that excessive concentration was a potential problem given the warm summer but rain in mid and late September had ensured an excellent spread of noble rot.

Climens at least harvested from 28 September to 22 October in two passes with yields of 20 hectolitres per hectare. The vintage report stated: “We alternated picking in the older vines, which offered magnificent ‘confit’, with some passages that were more arduous, especially in one sandy plot where the grapes reacted in a much more hitand-miss manner. The concentration (of the pickers!) had to be flawless and our verifications very thorough in order to detect the slightest trace of penicilium (the mould of blue cheeses, and that is where we would prefer them to stay!), of bouïroc, the name the locals give to bad rot, or of a newcomer called aspergillus niger which discolours the grapes and leaves a black powder that looks like coffee-grounds.”

Nonetheless, the feeling in Sauternes is clearly that they have another good to excellent vintage on their hands. Sadly, the general lack of fanfare these wines receive even in great years may have convinced its owners that when it releases doesn’t especially matter.

Very few merchants, if any in fact, will offer a wine without having tasted it themselves first so while Guiraud may be out now it is highly likely to remain in limbo until after the primeurs tasting has happened and merchants and critics have had a chance to form their own opinion of the wines.

Read more: Biggest harvest in a decade for Bordeaux