The UK Scotch market showed continued signs of growth in 2016, but the Scotch Whisky Association (SWA) says more still needs to be done to sustain its recovery, calling on the government to cut the amount of tax imposed on Scotch by 2%. 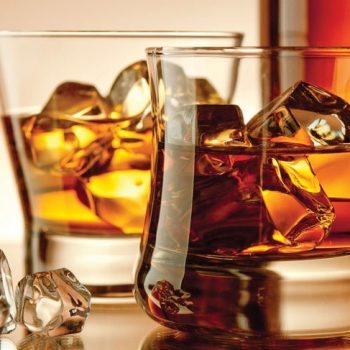 According to figures released by the HM Revenue and Customs (HMRC), the number of 70cl bottles of Scotch whisky released for sale in the UK in the first three quarters of 2016 totalled 57.2 million – up 5.6% from 54.2m in the same period of 2015.

A cut in tax imposed on the industry would help sustain the industry’s gradual recovery, says the SWA, which is calling for the Chancellor to “Stand up for Scotch” in the UK Budget on 8 March by cutting excise duty on spirits by 2%.

Currently, 77% of the cost of a bottle of Scotch is made up of tax, with the SWA arguing that a 2% cut give the domestic Scotch market a boost, as well as jobs and investment within the Scotch Whisky industry and its UK supply chain.

“The UK is one of the biggest markets for Scotch in the world, but it is fragile and competitive, particularly so in the context of the historic change Brexit will bring,”said Julie Hesketh-Laird, Scotch Whisky Association acting chief executive.

“That’s why we want the Chancellor to support our strategically-important industry by cutting duty by 2% next month. And the Government’s own figures show that such a cut would also benefit the public purse.”

Last spring excise on spirits was frozen, following a cut of 2% in 2015 – only the fourth time in the last century that duty on Scotch has been cut – and a freeze and a scrapping of the alcohol duty escalator in 2014.

A 2% cut next month would give a further confidence boost to a strategically-important British industry, says the SWA.

“The tax treatment of Scotch in its home market also has repercussions for our export performance,” added Hesketh-Laird. “If overseas governments see Scotch being treated unfairly in the UK that could influence their decisions. This makes it harder to ensure a level playing field for Scotch overseas at a time when we must grow our exports to make a success of Brexit.”

The Scotch whisky industry adds £5 billion in value to the UK economy each year, supporting more than 40,000 jobs.