Yannick Champ, the winemaker of Domaine Prieuré-Roch in Nuit-Saint-Georges, has said that the current high prices of Burgundy are “dangerous” and could follow in the footsteps of the Bordeaux price crash. 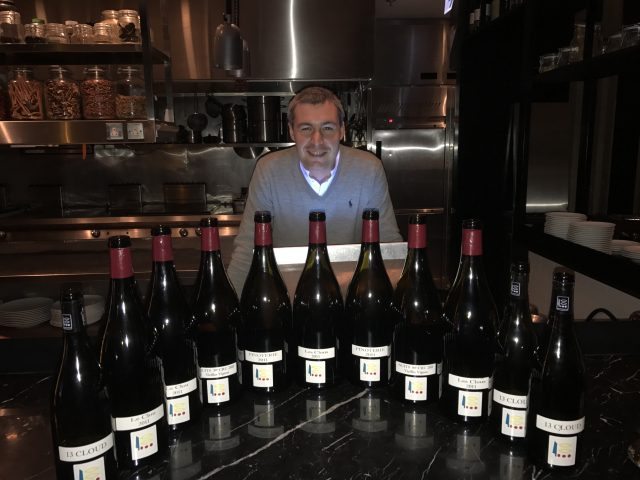 “It’s crazy and it’s the same everywhere around the world,” he said.

“This intense focus on Burgundy is dangerous. People were not happy with Bordeaux because of the prices and I think some Burgundy wines could be like Bordeaux of the past. And we know the result with Bordeaux, and I just say, be careful.”

The abominable weather witnessed by Burgundy recently has not helped keep prices down either, with Prieuré-Roch losing 70% of its harvest last year.

“It was just awful, I don’t like to speak about it. And 2011, 2012 and 2013 were not good either. We are at the mercy of the weather and we don’t have thousands of hectares to play around with like the Bordelais.”

Champ highlighted some consumers’ move away from top-level Bordeaux brands as prices continue to rise and said he felt Burgundy would follow suit.

“The real consumers – as in, those who really appreciated Bordeaux – were obliged to stop [drinking] because the wines became so expensive and so they began drinking smaller Bordeaux names.

“A few years ago, people weren’t discussing Beaune, Savigny, Pernand-Vergelesses. There is now a lot of talk about village level wines, with critics saying that they are almost as good as premier cru or grand cru level, so I think this is the first signal of what could come.“

Like so many other Burgundy producers, Priere Roche exports the majority of its production – up to 90% of which around 50-60% ends up in Asia, with Hong Kong and Japan the most lucrative markets.

“I am not happy about the 90%. I try and keep back 20% of production for the French but they don’t buy it. French consumers typically don’t want to spend a lot of money on wine; they prefer to buy directly off their winemaker friends and spend €10-15. It’s not the tradition in France to then spend €300 on the same wine at a restaurant. The top quality wine is always sold at export level.”

In light of the climbing prices of buying land in Burgundy, where a single hectare at village level in the Cote de Nuits could cost €700,000 and grand cru could be as much as €30 million, according to Champ, he said the influx of Chinese buyers has been beneficial for Burgundy, referring to the 2012 purchase of Chateau Gevrey de Chambertin by Macau gambling executive, Louis Ng for a reported US$10 million.

“I have no problem with it [Chinese investment]. The price of land nowadays has now skyrocketed and it’s just so ridiculous. People said that it was unacceptable [the Ng purchase] but the guy rebuilt the Chateau. No one else was going to – we have to say thank you. He is not going to move the château or vines to Macau, the estate still produces fantastic wine and so the reputation of Burgundy is safe.”