The global spirits groups have all emphasised in their recent results the importance of the surging US market. They continue to focus on it because not only is it their largest but it is also the most profitable with the biggest margins. 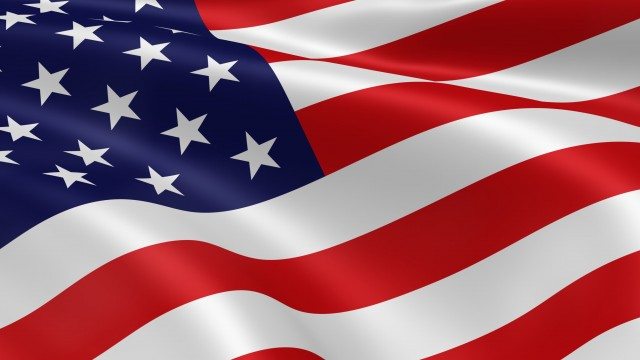 That is why they have joined forces with American retailers to lobby the Trump White House not to impose import tariffs of up to 20% on non-US produced spirits as part of his “America First” philosophy.

In London yesterday, Alexander Ricard, the chairman and chief executive of Pernod Ricard, said: “You cannot produce Scotch in the US like you cannot produce Bourbon in Scotland. Cognac is French and Irish whiskey is Irish. Spirits is a very specific industry based on appellations. We cannot move production [from many locations]. So [if it comes in] this will be a tax we will pass on to consumers. The retailers say it will be a new consumer tax and we agree with them. I don’t think it is fair to the American consumer, so…go figure… but we will see what happens.”

But as Ricard tacitly acknowledged, handling sudden and sometimes Draconian changes in the trading environment are part and parcel of being a global business.

The sudden imposition of anti-corruption austerity measures in China three years ago caused significant changes to trading patterns. Ricard reckons that the market for premium imported spirits fell by a third and although it has stabilised, it is only just showing signs of improvement.

Pernod Ricard’s sales to China grew by 3% in the six months to Christmas after the effect of some shipments being advanced into December to meet a slightly earlier Chinese New Year in 2017 is discounted.

“This is perfectly in line with our guidance for the full year of a [group] profit from recurring operations of between +2% and +4%. The first half showed our improvement in China and our medium term growth plan in China is for at the very least mid single digits, which is fairly achievable. Penetration of imported spirits is only 1% of consumption so there is a lot of potential there with the growing middle class and urbanisation.”

Between 75% to 80% of Pernod Ricard’s sales to China are cognac. “The category is growing”, says Ricard. “A big change for us is that Martell Cordon Bleu is back to growth [pointing to a revival of the restaurant market]. Noblige is constantly growing and the higher level QSS market is growing as well. In the first half Martell grew 10%, partly favoured by the earlier Chinese New Year, but that doesn’t change the fact that it is a growing category.

“Our medium term objective in China is around the mid single-digit level in growth. The objective for this year is to improve on last year. I can’t yet be more specific as figures are not yet available for Chinese New Year at the end of January, but the underlying trend is positive.”

Last year, Pernod Ricard introduced a second route to the Chinese market by focusing some of its sales and marketing efforts on to the affluent middle class who are the long-term target market for all the global spirits groups with their premium brands.

Although early days for the new strategy, Ricard says: “Premium Scotch is growing helped by our new route to market which focuses on premium brands. However, super premium blended scotch, including Chivas Regal, continues to struggle.”

An equally abrupt shockwave hit India in November. Overnight the government declared that 1,000 and 500 rupee notes were no longer legal tender. Removing the largest denomination notes from circulation was designed to combat the black market and tax evasion.

“There is absolutely no doubt that demonetisation had an impact in India, not just for spirits but for consumer goods as a whole,” Ricard said. “It meant that 86% of the cash was taken out of the market. It was like making £10 and £20 notes no longer valid. There were two-hour queues at ATM machines so people decided not to go for a drink but to stay at home.

“We believe that consumption fell by 10% and 20% over three months but this impact is clearly temporary. We are starting to see the market stabilising and by the end of March the adaptation of consumers to this new world will be done and dusted.

“If you look at the affluent Indians that don’t have any banking issues (those who have debit cards etc) their spending on brands such as Chivas grew by double-digits. Those middle class Indians who don’t have bank accounts have needed to adapt. The change was quick and radical.

“We grew by 3% in India over the first half, which is less than we are used to seeing but the underlying consumption trend in India is not strong, it is extremely strong.

“Consumers in India are certainly developing a taste for premium Indian whiskies, there’s no doubt about it. The economy is growing. Underlying consumption patterns are extremely strong.

In fact, Ricard sees the sudden withdrawal of so much cash from circulation as a positive as will put the economy on a much more stable footing. “In India, the demonetisation is a strong positive because the underlying fundamentals are very strong,” he said.

Does the threatened imposition of alcohol bans in some states present a longer term threat to the Indian market?

“We don’t view plans for prohibition in some states as a concern,” Ricard said. “What happens is that in state elections some parties promise to put in a law for prohibition. This is basically to gain votes mainly from women. States that have done this [banned alcohol] have realised that neighbouring states sell alcohol and that you also get a lot of counterfeiting and smuggling. Excise on spirits is also the second biggest source of revenues for states, so it is difficult for them to ban alcohol.

“If you look at history, the best period for per capita consumption growth in our history was Prohibition [in the US]. An entire empire was built on it, much of which we bought in 2001 [Seagram, which Pernod Ricard dismembered in concert with Diageo]. Prohibition doesn’t work. In France it happened in 1939 but it didn’t work. It cannot work. People adapt.”

“What I am more concerned about [in India] from a regulatory point of view and consumption point of view is the planned general sales tax which is due to come into operation in the summer. We don’t know if grain neutral spirit is concerned or not. And then there is the new supreme court decision to ban sales of alcohol within 500 metres of a highway. What is a “highway” in India?”