Bob Lindo of Camel Valley in Cornwall has written an open letter to clarify his stance on the proposed ‘British Fizz’ PGI, which the wine trade has largely criticised.

In an email sent to members of the drinks trade yesterday, Lindo said:

“Fifty years ago today the UKVA had its first meeting. It had two items on the agenda, both of which have been on every agenda since. They were so-called ‘British wine’ and duty.

“I have drafted a PGI application on behalf of the UK wine industry to protect the word ‘British’ from those with no connection whatsoever to the English/Welsh sparkling wine industries from picking up the term ‘British’ for their own use.

“The protected term applied for is ‘British’ with ‘British fizz’ shown as ‘an equivalent term’.

“It is less to do with a generic name for English sparkling wine and more to do with protection, although some might start to use the term in the US where it is gaining traction.

“There are three main aims and a caveat:

“I stress thus PGI will be owned and administered by the UKVA.”

The Drinks Business broke the original news story last week after Lindo and his son Sam revealed to db editor Patrick Schmitt MW that they were working towards registering the term ‘British Fizz’ as a protected geographical indication (PGI). 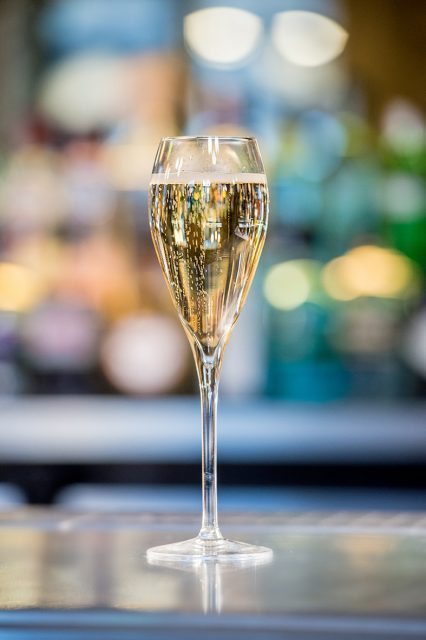 Lindo told db that he had written the necessary paperwork for obtaining the PGI and would be seeking to register the following three terms: ‘British Fizz’, ‘British Sparkling’ and ‘Wine from Great Britain’ in collaboration with the UKVA.

While some members of the trade have welcomed the idea of ‘British Fizz’ becoming the catch-all term for English and Welsh sparkling wine, others have reacted with disdain.

The Telegraph’s wine columnist Victoria Moore said: “It’s quite surprising as producers have spent years correcting people who refer to ‘British wine’, which legally means something quite different – wine made from reconstituted grape must which may have been imported, quite horrible.

“I’m not sure I like the term British fizz as it sounds a bit cheap. English Sparkling wine is the term currently used, and although it’s longer I think that sounds much classier.”

Wine writer Susy Atkins meanwhile, believes it’s too early to be looking for a name. “English sparkling wine is the brand and, as it’s still early days, I want to see more development of the style before we start to think about trendy names for it,” she said.

English wine expert Stephen Skelton thinks we can argue over terms until the cows come home, but none are likely to stick. “Nobody will agree on a universal name for English sparkling wine and the larger producers will definitely not use it. It’s fun pretending that it will catch on, but it won’t,” he said.

“Any application for a ‘British Fizz’ PGI is a side show right now  – especially while it does not have the full support of the English sparkling wine industry and when we are just weeks away from triggering Article 50,” he said.

“The majority of producers have been happy to call it English sparkling wine, which already has some currency, but most also recognise that a catchy shorter name could help to boost exports.

“The WSTA would like to see English sparkling winemakers taking a decision to get behind an agreed generic name,” he added.