South African spirit producers Distell is set to halt production in its Tobermory distillery to carry out a two-year refurbishment. 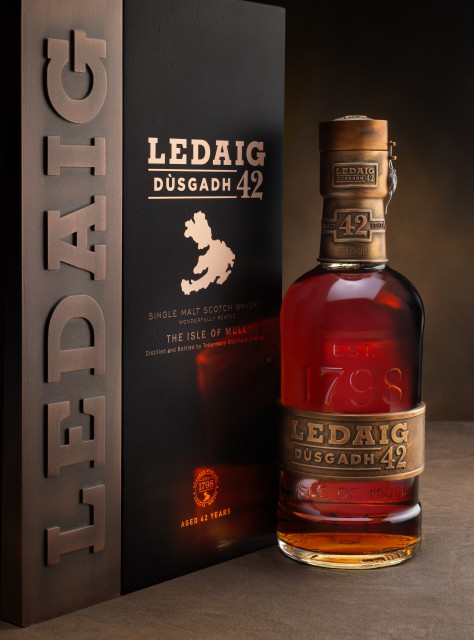 The distillery, which the South African spirit and wine producer acquired in 2013, will stop production at the end of March for two years while the upgrade is carried out – but the visitor centre is set to remain open.

The upgrade includes the replacement of the stills and also a series of improvements of the visitor centre experience, the company said.

The distillery produces two malt whiskies, Tobermory and Ledaig, which operates two production cycles and the company said it would invest further in these two premium malts following the upgrade. It is also planning to release a range of limited editions over the next two years, and will continue to sell its Ledaig 10-year-old and 18-year-old and Tobermory 10-year-old.

Distell’s European managing director, Fraser Thornton said the investment came at a time after overall whisky tourism had seen numbers rise 20% over the past five years.

“Tobermory has demonstrated even stronger growth in visitors and we want to invest in the only distillery on the island and continue to ensure it produces some of the best island malts in Scotland, as well as a truly memorable experience for visitors.”

Thornton also said that the company had worked hard to ensure that it protected the team at the distillery while work was ongoing and had appointed a new general manager of malts to inject “fresh impetus” into the operations.

“We recognise the time during which the refurbishment is taking place will create substantial change for the distillery team and that is why we have come up with different options to accommodate people’s personal situations and continue to financially support them during this time,” he said. “We are delighted to have a new General Manager for Malts joining us in the coming weeks who will provide some fresh impetus for our malt portfolio generally and Tobermory and Ledaig specifically.”

“An exciting new chapter will be revealed at the end of this and we want everyone to continue to be part of this journey.”

In addition to the Mull-based distillery, Distell owns the Deanston Distillery in Doune, in Perthshire and Bunnahabhain on the Isle of Islay, and a bottling hall and warehouse in Aidrie, East Kilbride.