Chinese New Year around the world

The dbHK team have rounded up some of the most popular food and drink pairings around the world in celebration of the upcoming Year of the Rooster. 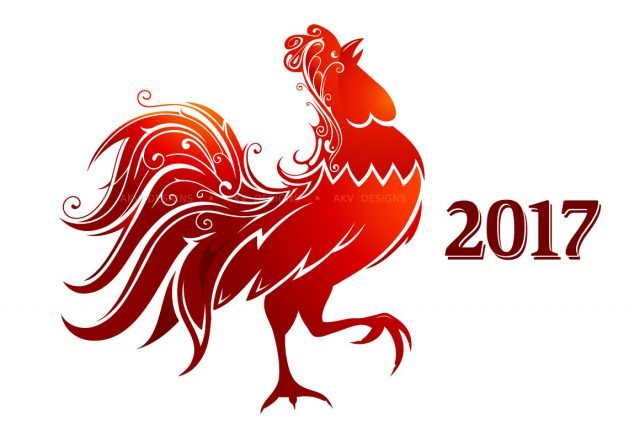 In about two weeks’ time, cities from Hong Kong to Ho Chi Minh to London to Sydney will revel in a food-coma-guaranteed feasting of steaming dumplings, dim sum, Pun Choi and Yusheng for Chinese New Year.

Celebrations in different cities are marked with a wide variety of food and beverage choices: Koreans love rice cake soup; the Vietnamese, Banh Chung and we’ve rounded up the most typical food and drinks enjoyed during lunar new year celebrations around the world.

Click through the slides to discover Chinese New Year food and drink pairings.

Various dishes include: pun choi, a hodgepodge of abalone, dried mushroom, prawns and chicken; turnip cake and neen go, a sweet snack made from glutinous rice flour and brown sugar.

Neen go has the same pronunciation as ‘year’ and high’ and so it signifies success for adults and growth for children in the coming year.

Alcohol is not traditionally consumed at Chinese New Year but most Hong Kong families have now cottoned onto the idea and plump for a light, fruity red such as Beaujolais, or some of the older generation might have a nip of Cognac. 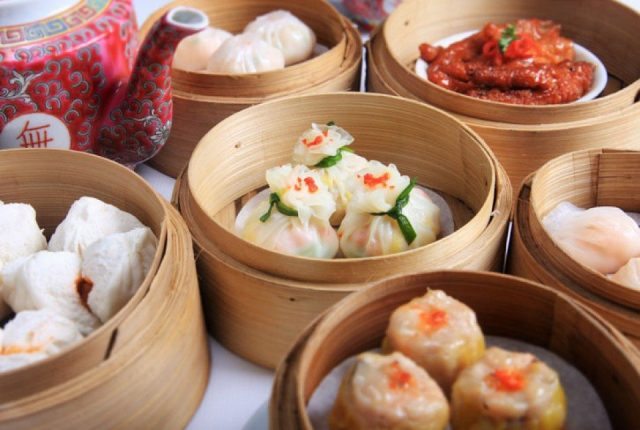 Soho’s Chinatown lights up over Chinese New Year and many Londoners cram into the narrow, winding streets in pursuit of hotpot and good dim sum.

Best consumed on a weekend when diners can happily while away the hours, dim sum is generally teamed with yum cha, traditional Chinese tea.

Sydney’s sizeable Chinese population will flock to Chinatown to indulge in a riot of dishes influenced by a blend of different cuisines such as Korean, Chinese and Vietnamese. As it’s Year of the Red Fire Rooster, a sensible choice would be to tuck into a hearty dish of bul dak – a Korean dish which literally translates to ‘fire chicken’.

Unsurprisingly red in colour and famously hot, we’re sure that it’ll be the most auspicious way to kick off the new year and this being Australia, a refreshing beer will surely help take away the heat.

The ultimate new year food for Japanese is osechi ryōri, a collection of traditional Japanese food usually prepared in bento boxes and can go a long way with various crisp and savoury white wines, due to the dominant seafood ingredients.

Osechi ryōri is pre-cooked in soy sauce and eaten cold over the first three days of the new year and while many variations exist, each item put into the set should symbolise a particular wish – herring roe, for instance, is believed to represent fertility and shrimp for longevity.

An aromatic Alsace Pinot Gris or Mosel Riesling would match nicely with shrimp, fish and vegetables but the really authentic and Japanese way of celebrating Chinese New Year would surely be sake. 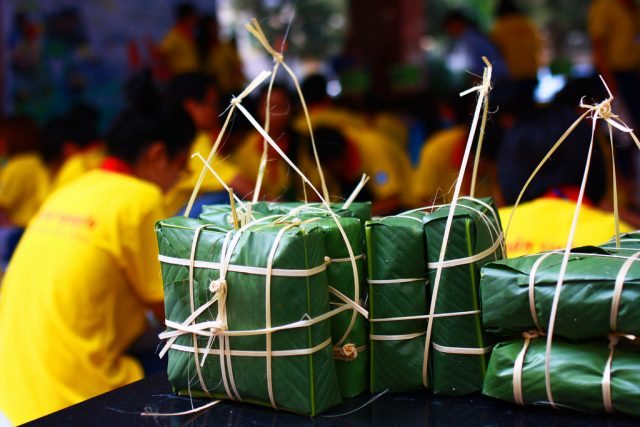 From 28 January, the Vietnamese will all be in a festive mood celebrating what the locals call Tet, the lunar new year and it wouldn’t be a new year celebration without banh chung, a square-shaped rice cake made from glutinous rice, mung bean and pork.

Wrapped in green banana leaves, the cake is a timeless favourite among adults and children and can be enjoyed with a dab of fish sauce or pickled scallions and can also be fried. Most Vietnamese are not privy to drinking during meals, but beer is always the exception with Bia Hanoi and Saigon Green being popular brands.

Eating yusheng starts with every diner on the table tossing every ingredient together – known as lao qi  – to symblise rising prosperity in the coming year.

A fresh and fruity Sauvignon Blanc or an elegant Chablis can nicely balance off the sweet and sour taste in yusheng but as far as new year celebration drinks go, high-alcohol level liquor, beer and wines are all in the mix.

Korea’s lunar new year, Solnal, is greeted with a bowl of steamy and hearty rice cake soup, known as tteokguk. Eating a bowl of the soup is believed to symbolise growing a year older and health and longevity. Cooked in thick broth, the soup is rich and clear and is often served with garnishes such as thinly sliced cooked eggs, seaweed, scallions and beef.

The go-to drinking choices for new year celebration are sikhye, a sweet fermented rice beverage and a sweet fruit punch called sujeonggwa, which is made with persimmon, cinnamon and ginger.

Dubbed as the largest Chinatown outside of Asia, folks at San Francisco’s Chinatown surely know how to crank up the new year celebrations. Its annual parade will be chock-full of floats, elaborate costumes, raucous street vendors and – last but not least – the traditional Chinese dragon dance.

Hot and steamy dumplings, dim sum, yusheng or even Peking duck are usually the most often-ordered dishes during new year holidays.

When it comes to drinking though, Baijiu, China’s grain liquor, dominates often accompanied by the ferocious ganbei game that encourages drinkers to guzzle down glasses of Baijiu in one sitting. For more liquor-shy diners, go for wine to toast the new year. 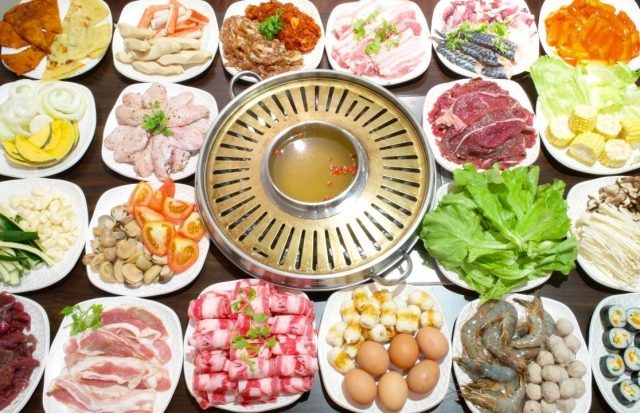 Singaporeans love steamboat – a large, communal soup where seafood and meat is generally lobbed in along with spicy stock and vegetables. Other delights include mushrooms with roast pork and fat choy – a moss similar to seaweed – chilli shrimp spring rolls and bakkwa, a Chinese salty-sweet dried meat originating from Fujian Province.

With Singapore’s hot and humid weather, refreshing white wines would be a good idea such as Moscato d’ Asti, Riesling or Lambrusco.

The Taiwanese commemorate ancestors and departed love ones around Chinese New Year and so many dishes are created for worshipping rituals. Mullet roe, mustard greens, daikon cake, and fish are popular choices, as well as fo tiao qiang –  meaning ‘Buddha jumps over the wall’ which is a meat-based consommé and thick stew.