The following extract is taken from ‘The Curious Bartender’s Gin Palace‘ by Tristan Stephenson. Published by Ryland Peters & Small it is one of the books shortlisted in this year’s André Simon Awards. 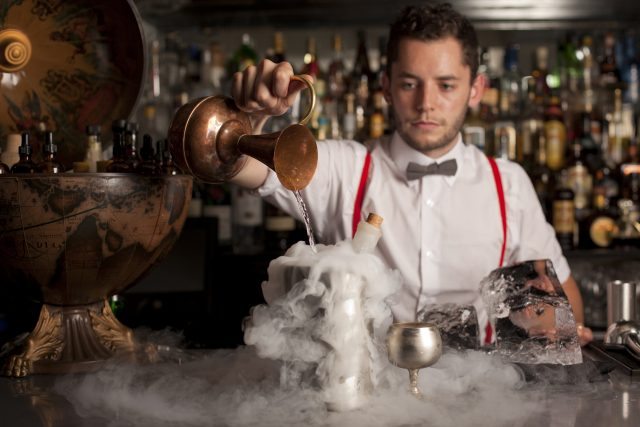 Even before I was old enough to drink gin, I was thinking about it. My earliest memory of gin is my mother drinking a gin and tonic when I was nine, and, as it looked like a glass of lemonade, I thought it only right that I should be allowed one too. Even today I am known to react badly when refused a gin and tonic so my parents pacified me with a glass of tonic water.

From the first sip I fell in love with its tongue-curling bitterness and that night I sneaked down to the kitchen and greedily swigged straight from a bottle. It would be a few more years before I could mix it with gin of course, but there was never any question that this heavenly mix of the sweet, bitter, boozy and botanical would become a big feature in my adult life.

Of course I never would have guessed that it would become this much of a feature. The most significant step was becoming a bartender, but when I got better at that I found myself delivering seminars on gin and judging gin competitions. Later, I appeared in advertising for a major gin brand, and opened two London cocktail bars – both heavily inspired by gin.

After that I co-founded a (small) gin brand, and now I’ve written a gin book, having visited over 60 gin distilleries and sampled nearly 500 expressions. You could say I’m ‘ginfatuated’.

And for good reason too. In gin we have a spirit that is so specific in its flavouring, so chilling in its reputation, yet so far-reaching in its contribution to cocktails and mixed drinks.

From its origins as a medieval medicinal curative to becoming one of the world’s first recreational spirits, gin, and its Dutch precursor, genever, soon became the go-to tipple for the British masses in the early 18th century. To say that party got out of hand would be playing it down somewhat. Juniper-scented gut-rot flowed through the streets of London, leading the poor and vulnerable into harm’s way. But out of the ashes, something unexpected happened, and in the space of 100 years, gin journeyed from the backstreet bar rooms of London’s inner-city slums to the cocktail lists of the most exclusive hotels in the world. Indeed, gin was the cocktail spirit, engulfing whiskey and brandy in a cloud of juniper-scented smoke by the beginning of the 20th century. Hundreds of dry gin cocktails were masterminded between 1900–1930.

Not least of all, the Martini.

Who could have guessed that in the 50 years that followed gin’s fortunes would change once again, fading away in to mediocrity becoming neither celebrated nor feared, but just 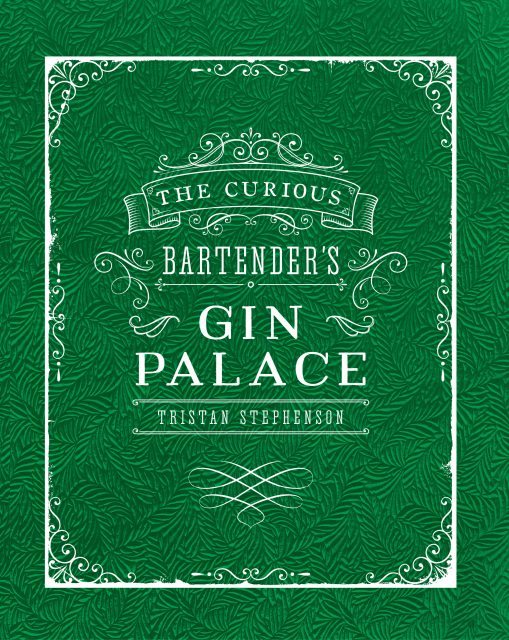 unremarkable. The 1980s saw some of gin’s most woeful times, where the cocktails of the golden era had been forgotten only to be replaced by vodka and a new era of cocktail culture where the concealment of a spirit’s character through liberal use of sugar and fruit was the primary goal.

Only gin’s loyalest disciples kept the gin dream alive. Refusing to part company with their gin and tonics, keeping the fire burning and the ice stirring from bar room to home liquor cabinet.

Gin, as it stands today, occupies a curious position within the hearts and minds of drinkers. On the one hand there is ‘mother’s ruin’, the degenerative scourge of 18th century English men and women, which has resonated through the centuries. On the other hand, though, gin has become a highly prized pinup of the craft revolution. Eschewing gin today is like sticking a finger up to local, artisan, independent businesses.

But the range of styles has also helped to a garner new admirers too. Assume the barstool position in any bar with a decent gin range and it won’t be long until you hear that familiar sentence, ‘I didn’t used to like gin, but I like this one’, signifying a new breed of gin drinker whose preconceptions have been squashed like a wedge of fresh lime. Pronounced flavour, credible provenance, botanical terroir and innovative packaging are just some of considerations that drive modern gin drinkers to buy one brand over another. This isn’t just a renaissance of gin that we are experiencing right now – it’s gin’s golden time. Gin has never been this good and it might never be this good again, so enjoy it while you can.

The André Simon Awards were founded in 1978 to recognise the achievements of food and drink writers. It is the longest running award of its kind. Previous winners have included: Elizabeth David and Rosemary Hume (the very first winners), Michel Roux, Hugh Fearnley-Whittingstall, Nigel Slater and Rick Stein. Last year’s drinks book winner was Suzanne Mustachich for ‘Thirsty Dragon’. The awards website can be found here.